2019: KNOW YOUR NEXT OYO STATE GOVERNOR 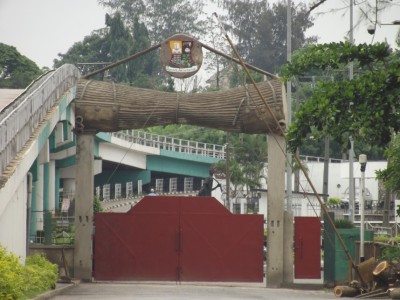 With the 2019 elections around the corner, all political parties in Oyo like other states are now in the season of picking their flagbearers for elective positions especially the exalted position at the state level, governorship.
Front runners for the gubernatorial race in the state are the ruling All Progressives Congress (APC), African Democratic Congress (ADC), Peoples Democratic Party (PDP), Action Democratic Party (ADP) and a few others.
The electoral umpire, the Independent National Electoral Commission (INEC) recently rang the bell to the political parties to commence electioneering ahead of the next year’s polls.

For all the aforementioned parties, their candidates would emerge between now and first week of October, thus setting the stage for the epic battle ahead.

In the Pacesetter’s state, party leaders are neck deep in throwing up loyalists and associates they believe would do their biddings, forgetting that the electorate should be availed the best of minds; the one imbued with fear of God and milk of human kindness to take the state to the next level beyond the current status under the ruling APC.

As expected, nocturnal meetings are on and aspirants are not leaving anything to chance in their quest for the seat of power in Agodi government house Ibadan.

In APC alone, about 30 aspirants signified intention to succeed the state Governor, Senator Abiola Ajimobi until they buckled to eight recently. The APC’s men slugging it out in this weekend’s ‘Indirect Primary’ are the immediate past Deputy Governor of the Central Bank of Nigeria (CBN), Chief Bayo Adelabu; a KPMG partner, Mr. Joseph Tegbe; a Senior Advocate of Nigeria, Chief Adeniyi Akintola; a businessman, Dr. Olusola Ayandele; and a former Commissioner for Health in the state, Dr. Babalola Owolabi.

Other APC aspirants are a former Governor of the state, Otunba Adebayo Alao-Akala; the immediate past Commissioner for Health, Prof. Azeez Adeduntan; and the Minister of Communications, Alhaji Adebayo Shittu.

In the PDP, both Engr. Seyi Makinde and Senator Ayoade Ademola Adeseun are the last men standing because their third, Mr. Femi Babalola, owner of Jogor Events Centre had been prevailed upon by the party leaders to drop his ambition for a possible consensus between Makinde and Adeseun ahead of the general election.

Other aspirants from ADC are Senator Gbenga Babalola; a former Commissioner for Commerce, Dr. Kola Balogun; and a former Deputy Governor in the state, Alhaji Taofeek Arapaja.

And a former Chief of Staff in the state and current Chairman, Nigeria Information Technology Development Agency (NITDA), Professor Adeolu Akande is being touted as the sole aspirant in Oyo ADP. Instructively however, he is yet to make public his official declaration to contest under the party as its gubernatorial aspirant.

Pacesetter News observes that the Media as the fourth Estate of the realm with gatekeeping power needs to begin series of interrogative and investigative works on the antecedents of potential occupier of the Agodi Government house in 2019 for the electorate to be guided along the path of objective assessment of their potential Governor as they go into the ballot in March.

And since the political parties are presently recruiting their flagbearers, it behoves on the media to set agenda for the party hierarchies and their delegates alike to elect candidates in a rancour-free, credible and transparent manner to ward off implosion that may follow any imposition or consensus not favourable to the larger percentage of the party men and women and by extension, the electorate.

It may interest the readers to note that, theoretically, the agenda setting theory of the media as put forward by Maxwell McCombs and Donaki Shaw (1972) during their very influential research on the role of the media in the 1968 US Presidential elections, observe that:

“In choosing and displaying news, editors, newsroom staff, and broadcasters play an important part in shaping political reality. Readers learn not only about a given issue, but also how much importance to attach to that issue from the amount of information in a news story and its position […] the mass media may well determine the important issues – that is, the media may set the “agenda” of the campaign.”

To this end, this newspaper appeals to aspirants to consider ‘Oyo First’ and therefore not make the 2019 election a do or die affair as only God enthrones whosoever He wishes.

Ditto supporters of every aspirant should conduct themselves with decorum and civility because no aspiration worth the blood of anyone.

Because of the space constraint, Pacesetter News hereby urges party leaders and delegates alike to ensure that there is open contest where the option of consensus arrangement could not produce a flagbearer.

*Fear of God to guide against capital flights
*Independent-minded person with courage to do the right things at all times
*Excellence Academic track records and untainted service in private and public life
*Grassroots touch with love for the masses
*General understanding of political settings (all geopolitical zones) of the State
*Ability to carry along political institution such as the INEC, DSS, Nigeria Police, NOA, Nigerian Army, NSCDC, The Media and others
*Political and Administrative experience
*Financial capability
*Ability to carry along other component units that make up the political party he is interested in flying its flag, among others.

Editor’s Note: To be continued…