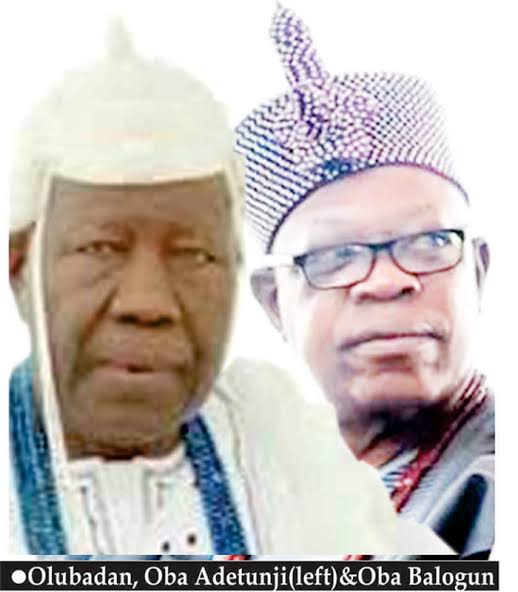 By Ademola Babalola
The Otun Olubadan of Ibadanland, High Chief Lekan Balogun on Wednesday disclosed that removal of their crowns was not part of the ongoing reconciliation with the Olubadan, Oba Saliu Adetunji.

Balogun who was elevated to crown-wearing Oba alongside 20 others, at a ceremony of August 27, 2017 by former Governor Abiola Ajimobi, maintained that only the court could stop them from wearing the crowns.
A media house had on Tuesday reported that the high chiefs had given up their crowns in difference to the supremacy of Olubadan.
Balogun who had always held Olubadan in high esteem and severally revered him as a father, said, “we didn’t give ourselves crowns. We were made kings by the law and no other law has asked us to stop wearing it.”
He continued, “where did they (media) get the idea that we had dropped our crowns from?
“Media people are just creating unnecessary crisis in the Olubadan-in-council.
“We and the Olubadan did not discuss the issue of our crowns at all.

“We even have no right to abandon it (crowns),” Balogun added in a brief phone chat with our correspondent.

Responding, the Olubadan cautioned against inflammatory remarks in the media.

Ibadan Obas Tussle: Why We can't remove our CrownsOur crowns not part of reconciliation with Olubadansays Balogun
0 4
Share