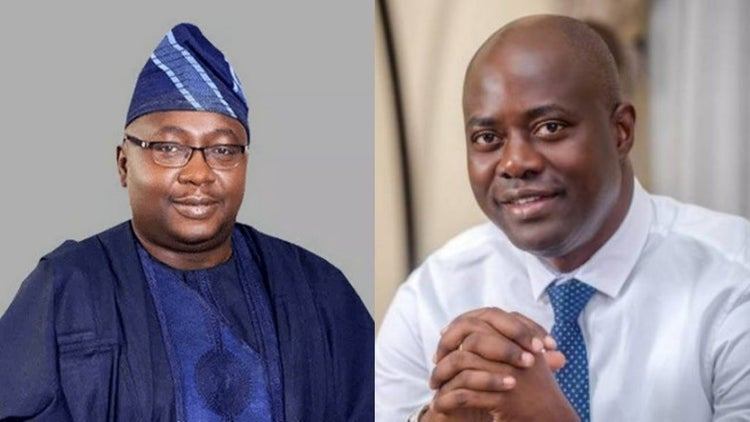 As all attention shifts to the Supreme Court for the final resolution of the controversy surrounding the conduct of the 2019 gubernatorial poll in Oyo State, the All Progressives Congress has claimed to have uncovered alleged plans by Governor Seyi Makinde and the Peoples Democratic Party to heat up the polity with a view to stampeding the Judiciary and whipping up undue sentiments.
The Appellate Court sitting in Ibadan had on November 11 set aside the Election Petition Tribunal earlier judgment which upheld the declaration of Mr. Makinde as the winner of the March 9 governorship election conducted by the Independent National Electoral Commission.
The decision of the Court of Appeal was viewed as not declarative enough and both Makinde and the APC candidate, Chief Adebayo Adelabu, have reportedly heads for the Apex Court in Abuja for final determination of the case.
Oyo APC, in a statement issued in Ibadan and made available to journalists by its Assistant Publicity Secretary, Mr. Ayobami Adejumo, raised the alarm that it had uncovered plans by the Makinde camp to embark on sponsorship of street protests, media write-ups and broadcast media content which would be aimed at creating an overwhelming impression that Makinde won a free and fair mandate and any attempt by the judiciary to act on its findings would spark public unrest in the state.
“In demonstration of their desperation to hold on to a stolen mandate, Governor Makinde and his lackeys have concluded plans to devote enormous resources of the state to certain activities aimed at misleading the Supreme Court over the all-important case before it. In fact, the arrow head of the plot is a turncoat currently serving in the PDP government and who is popular for constituting a nuisance in the mass media at any given opportunity.
“Feelers from the Agodi Government House have it that different groups of unscrupulous elements in the society are already lined up for sponsored protests to be carried out consistently in Abuja and Ibadan any moment from now until the day of the judgment which they know would not be in their favour on account of the reality of the electoral fraud which earned them the fake mandate they currently enjoy.
“Also, we are aware of a secret meeting held recently at a private location in the state capital in which some media practitioners in Lagos and Ibadan were contracted, with heavy sums, to influence media content of their respective print and broadcast organizations with a view to set a satanic agenda for the general public and possibly mislead the Judiciary again.
“The unprofessional conduct of some radio and television presenters which clearly showed and still shows their unbridled interest in the politics of the land is being leveraged upon by some power mongers to secure unmerited sympathy from unsuspecting members of the public. This time again, the PDP government of Engr. Makinde has raised his game in the area of comprising the bad eggs and use them against the overall good of the society.
“At this juncture, we are appealing the management of all the print and broadcast organizations in the country to always demand accountability, fairness and objectivity from their employees as this would not only enhance public trust and confidence on their outfits but also position them right for posterity. No biased correspondent, editor or broadcast programme present is worth being called a professional since his or her conduct is devoid of the basic principle of mass media practice.
“As much as we would not make any attempt to preempt the Apex Court and discuss the case before it, we are optimistic that justice would be done very soon and by the time the whole is made to know about the degree of electoral fraud perpetrated by the PDP and other collaborators in the shameful acts, no single God-fearing person would be left in doubt of Engr. Makinde’s aversion to truth, justice and development of democracy in the land.” APC stated