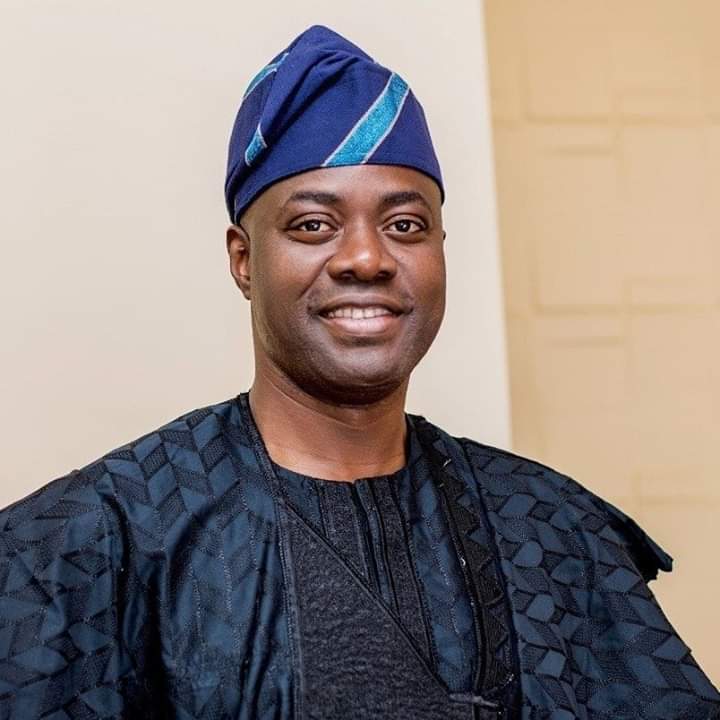 The Coalition Against COVID-19 (CACOVID) and the Nigeria Centre for Disease Control (NCDC) are set to donate the combined sum of N350 million to support Oyo State’s containment efforts against COVID-19.
The State’s Commissioner for Finance, Mr. Akinola Ojo and a member of the COVID-19 Task Force, Professor Temitope Alonge, told a meeting of the Task Force presided over by Governor Seyi Makinde that while CACOVID was supporting the State  with N30 million cash for rehabilitation of Isolation Centres, it will also gave equipment worth N220 million.

The NCDC, according to the Task Force members, will also support the state with N100 million.
This development was coming on the heels of collaborations between the state government, authorities of the University of Ibadan, scientists and traditional herbal medicine practitioners in a bid to find a home-grown cure for COVID-19.
A statement by the Chief Press Secretary to the governor, Mr. Taiwo Adisa, also indicated that the state was wrapping up its Isolation Centres to 320- bed capacity.
“The government of Oyo State is receiving a donation of N250 million from the CACOVID team. The sum of N220 million is reserved for equipment and N30 million for renovation of the facilities at the isolation centres,” the statement said.
The statement also indicated that while the state had completed work on the Infectious Disease Centre, Olodo, Ibadan, which has 100-bed capacity, it is also working on a 100-bed Isolation Centre in Saki, 40-beds isolation centre in Ogbomoso, 40-bed isolation centre in Igboora, 10-bed centre in Agbami, Jericho and  another 24-bed centre in Aawe near Oyo town.
The statement read: “Excluding the IDH at Olodo (100 beds), the full capacity of the isolation centres in the State are Saki (100 beds), Aawe (24 beds), Igbo-Ora (40 beds), Agbami (8 beds), UCH (4 beds) and Ogbomoso (40 beds).”
This was as the government of Oyo State and the University of Ibadan have unveiled an effort aimed at discovering a home-grown cure for the novel Coronavirus.
Also See

The collaboration, according to the Executive Assistant to Governor Seyi Makinde on Administration, Rev. Idowu Ogedengbe, who represented the state government, was aimed at midwifing a town and gown approach that would lead to a sustainable cure for COVID-19.
The statement quoted Ogedengbe as telling newsmen at the second meeting of the committee, which held at the Agronomy Department, Faculty of Agriculture, University of Ibadan, that effort to discover a home-grown solution to COVID-19 was in top gear.
The governor’s aide stated that Oyo State was ready to midwife a scientific validation that would be globally acceptable as solutions to novel Coronavirus.
He said: “We want to start, we already know people that have the products, samples, mixtures and solutions but we don’t just want to take it on the surface and start promoting them.
“We want to first subject the products to scientific validation, so that by the time our virologists, botanists and other professionals in the University community look at those solutions, we will come up with something that the global community would benefit from. We want to really set the pace for others to emulate.”
The Vice Chancellor of the University of Ibadan, Prof. Idowu Olayinka, also said that the initiative was the best approach since it is an embodiment of people from different strata such as the National Agency for Food and Drug Administration and Control (NAFDAC),, which represents the Federal Government, representative of the State Government, the Academia, private sector and the Traditional Medicine Practitioners.
According to him, there have been lots of mistrust over the years but as a conventional institution, he expressed confidence that the partnership with UI would be able to come up with a solution.
The VC said: “We also want to thank Oyo State government for facilitating this process. This is the second meeting we have held. We know there will be a solution soon. We are even going to go beyond the progress that has been made in Madagascar. You would have heard that Madagascar is trying to collaborate with South Africa.
“In Science, if you say you have a cure to something, you have to let the whole world know the protocol you have followed and, if possible, you can publish it in a scientific journal so that people can see the steps you have taken for replication.
“So, we know our people are up to the task with support from government both at the state and federal level. I am also happy that even NAFDAC is here with us.”
A representative of NAFDAC, Mrs. Edo Priye, told the meeting that the agency was ready to collaborate with all the herbal producers to ensure that the pandemic comes to an end.
The statement also quoted the Baale of Ekotedo, Ibadan, Chief Taiye Ayorinde, who spoke on behalf of the traditional herbal practitioners, as saying that herbal medicine was the most realistic solution for the treatment of COVID-19.