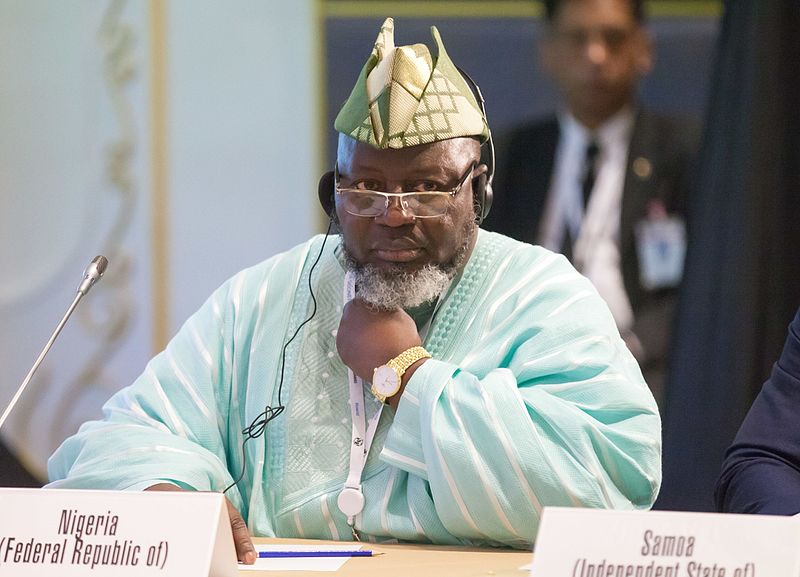 Fresh crisis is brewing in the Oyo State chapter of the All Progressives Congress (APC), following alleged clandestine moves to expel former Minister of Communications, Barrister Adebayo Shittu, from the party.

It was reliably learnt that leaders of the party in the state loyal to the former governor of the state, Senator Abiola Ajimobi, are putting pressure on executives of the party in his Ward 2 and Saki West local government area to expel him.

It was gathered that events leading to this began when four APC local government Chairmen representing Forum of APC Local Government Chairmen in Oyo State, paid a visit to the former Minister about a month ago preaching the need for reconciliation in the party which he did not object to.

A source at the meeting however said Shittu told the chairmen that to achieve genuine reconciliation there are conditions which must be met in order for the aggrieved members to have a sense of belonging.

The first condition which the former Minister said must be met according to the source, was that members of the party particularly those who belonged to the Unity Forum group who purchased nomination forms during the last state congress but not allowed to be part of the party primaries must be refunded their money.

Other condition was the dissolution of the party executives at all levels and to be reconstituted at the ratio of 50/50 between members loyal to Ajimobi called SENACO and the aggrieved members who belonged to Unity Forum which Shittu insisted were the only ones who bought forms during the last state congress.

The former Minister also said the state Chairman of the party must come from the Unity Forum, noting that the SENACO group has continued to produce the Chairman since the formation of the party in the state.

The source added that the party chairmen then assured Shittu that since they had the blessings of the leadership of the party in the state for their meeting with him and that they would deliver his message which they agreed with in totality to the right quarters.

“It was a frank discussions that the former Minister had with the party chairmen who told him that the meeting had the blessings of the leadership of the party in the state and that the conditions he gave were important and necessary for genuine reconciliation in the party.

“They then assured him that they would get back to him after reporting back to the leadership of the party with a promise that the meeting with him was a step in the right direction”, the source said.

However it was gathered that trouble started when the party chairmen reported back to the leadership of the party in the state who accused them of trying to hand over the party to Shittu and his group in Unity Forum with the conditions that they agreed with him at the detriment of members in SENACO group.

It was learnt that to stop further agitation for genuine reconciliation by Shittu, a marching order was given to the executives of the party in his ward, Ward 2 and Saki West local government area to expel him from the party which the executives resisted, insisting that the former Minister is an important and reliable member who has contributed immensely to the growth and development of the party.

It was however gathered that the development may spell doom for the party as history has it that whenever injustice is meted out to the Saki-born politician, the party would always face defeat.

When he was expelled from the then ruling party in old Oyo State in 1983, Unity Party of Nigeria (UPN) as a member of the state House of Assembly, the party lost the gubernatorial election that year to the opposition, National Party of Nigeria (NPN).

Similarly, when he was denied the gubernatorial ticket of the APC during the last general election in 2019, the party lost the state to the Peoples Democratic Party (PDP).

It is thus expedient for the leadership of the party to thread with caution in its handling of the matter so as not to let history repeat itself as there seems to be God’s intervention in all cases of injustice meted out to the former Minister.