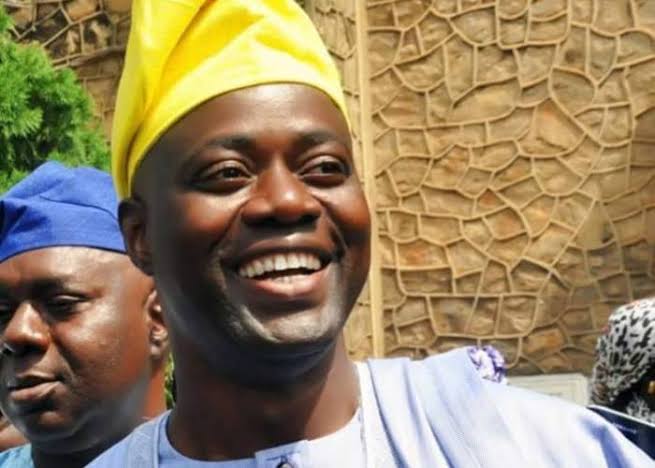 A pressure group, ‘Agitators for Good Governance in Oyo State (AGGOS) declared support for governorship candidate of the Peoples Democratic Party (PDP) in the Saturday’s election,  Engineer Oluseyi Abidoun Makinde.
AGGOS in a press statement after the marathon meeting of the group which had in attendance hundreds of members from the five geopolitical zones of the state, appealed to the people of Oyo State to massively turnout on Saturday and use their votes to usher in good government to be led by a spirited politician, Makinde.
In the statement signed by their State Coordinator, Prince Debowale Adeoye, they said, “we have had meetings with who is who, leaders of professional bodies, communities leaders, veterans and Pensioners Aid Organisation, we know what their desires are and where they want the state to be in terms of good governance with human face.
“Seyi Makinde is the only candidate that will see all citizens of Oyo State as his subjects, irrespective of age, creed, political or religion affiliation. Makinde Will be the governor of all and all. He will ensure adequate security of lives and property in the state.
“He will institute concept of collective leadership and discourage stubborn, ill-advised,  and unilateral actions of just one emperor that is destroying the principle of democracy.
“‘Makinde will provide good healthcare, community health services, new lease of life for pensioners and senior citizens in the State.
“We can assure everyone that Seyi Makinde will support various projects on girl-child advancement, especially “Support a just world that advances girl-child rights and equity”.
“He will also be a governor that will implement United Nations 1995 Beijing Declaration, Platform for Action’s Resolutions, the most progressive blueprint ever for women’s rights.
“Seyi Makinde will revive education sector and make education accessible and affordable for all. The present standard of education in Oyo State is worrisome and embarrassing. Oyo State is currently occupying 26th position in Nigeria out of 36 states and FCT, the worst ever.
“According to a report by StatiSense, a data consulting firm, Oyo State has the highest number of out-of-school children in the South West, Nigeria, this is disturbing,” Adeoye added.