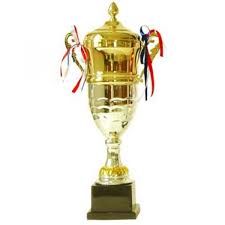 It was full of excitement, jubilation and lots of fun at the finals of the 2022 edition of the Aare Afe Babalola/Ibadan Bar League with the victory of the Lateef Fagbemi SAN & Co law firm players over the team of the Law Pavilion, crowning the triumphant players the ‘ Lord’ of the annual league.

Lateef Fagbemi SAN & Co won the football tournament back to back, having lifted the coveted trophy last year.

The winner of this year’s football league won the final game at the venue of the match, the Olubadan Sports Complex, Iyaganku, Ibadan yesterday with dancing and jubilating over the hard earned victory.

They defeated their opponent, Law Pavilion 2-0 , who was appearing in the tournament for the first time.

Apart from winning the trophy , they are also smiling home with a cash reward of N250, 000.

The five aside match, which was tensed and quite entertaining, saw the Lateef Fagbemi SAN &Co boys proving their technical prowess over their opponent.

Though, unable to win the trophy, the youthful players of the Law Pavilion were highly commended for their tenacity and determination on the field of play.

They also received medals for second place and a cash reward of N150,000.

How To End Insecurity In Nigeria – Aare Afe Babalola

Before the final match , players of the Adebayo Gbadamosi team thrashed their opponent, Agbaje Agbaje 5-0 in the third place match, and finishing third in the five aside football tournament.

A cash reward of N100,000 and medals were also presented to Adebayo Gbadamosi players.

Presenting the trophy and medals to winner of the football league, the Nigerian Bar Association ( NBA), Ibadan Bar, Chairman, Folashade Aladeniyi commended the players for a display of sportsmanship throughout the tournament.

She also paid glowing tribute to the grand patron of the NBA Ibadan Bar, Aare Afe Babalola for his immense contributions to the development of law profession and sponsoring the football league since its inception
and prayed that God would continue to grant more wisdom and good health.

The NBA boss noted that the competition which is one of the features of the Annual Law week has contributed greatly to uplifting the status of the Ibadan Bar.

“I feel highly elated. Not that we only won the tournament, we also set a record being the first team to win the tournament back to back.
It is a great one and I am very happy about it”, he said.

The football competition was solely sponsored by the Afe Babalola & Co law firms in Ibadan, Lagos, Abuja and Port-Harcourt to celebrate and honor the founder/Principal, Aare Afe Babalola for his untiring contributions to legal practice and to Nigeria at large.

2023: Tinubu vows to be a fair, just President to all Nigerians