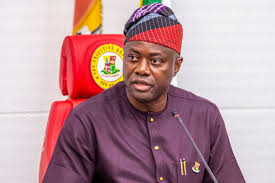 That security of this country is in coma is no news. That Ogbomoso, the land of the valiant, in Oyo State is under the siege of abductors is also an incontestable fact.

In the dead of the night on Monday, September 19, 2022 along the express, in Gbede, Surulere local government area, a man identified as Alhaji Yisa Agric was reportedly abducted in his personal house brazenly. This is shocking.

Some weeks earlier, several heinous abductions of innocent inhabitants of Ogbomoso were
recorded. One of the attacks which led to the death of a student of Ladoke Akintola University of Technology (LAUTECH), Ogbomoso, Oyo state and some people, exacerbated the ire of the people the most.

Consequently, a rally which was graced with the presence of an avalanche of people was launched to engage in the public debate of the issue. After the demonstration, no reported case of kidnapping was heard, at least in the month of August. This was jubilated not knowing their ram moved backward in anger to garner more power.

The attention of Oyo State government under the leadership of a good governor, Engr. Seyi Makinde, is herein called to this menace of insecurity in Ogbomoso which is bedeviling his good administration, for hasty panacea be preferred before it goes haywire.

Also, the philanthropists are beseeched to sponsor the unconventional security personnel financially to launch a manhunt to nab the unscrupulous perpetrators of the dastardly acts. The earlier, the better.