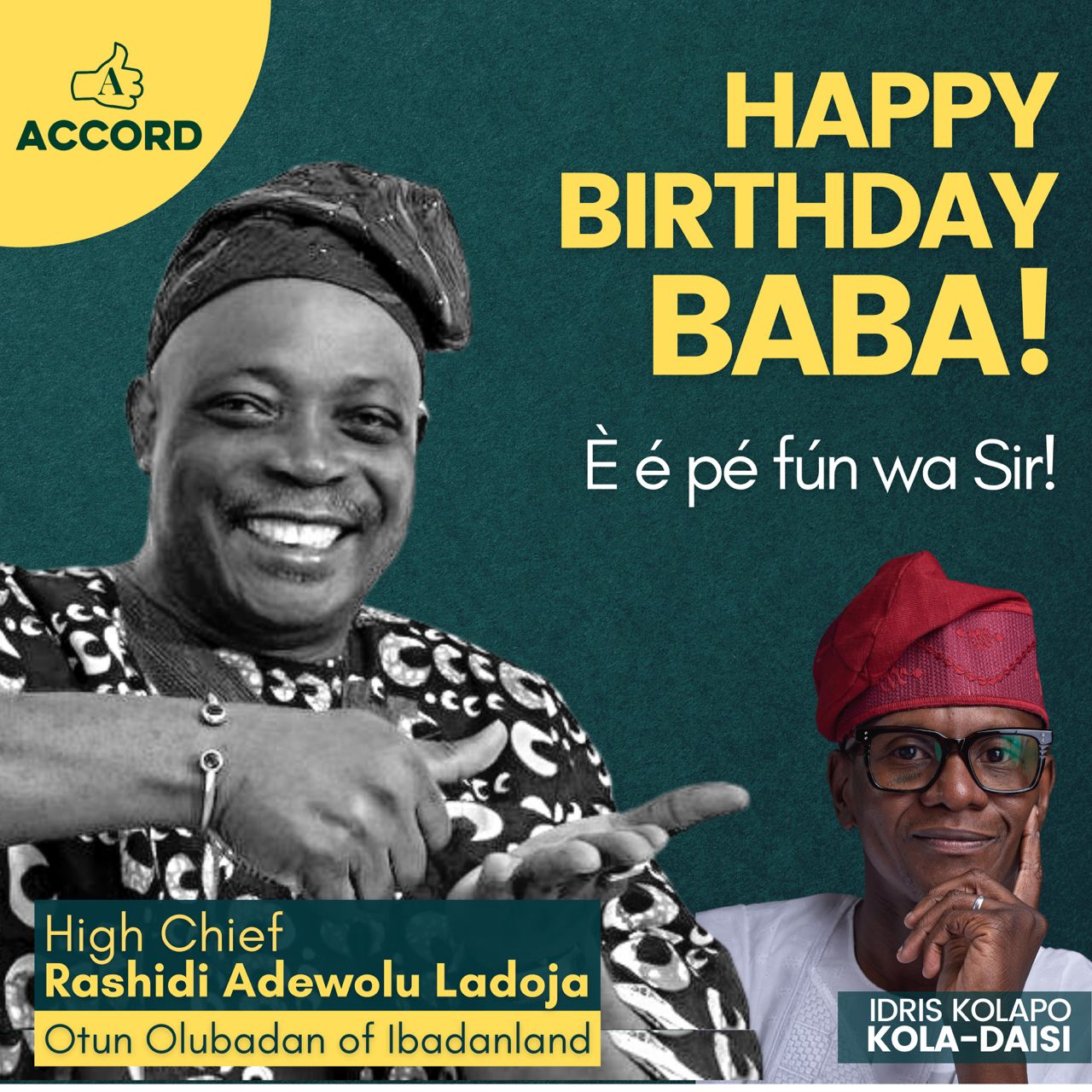 A Senatorial Candidate for Oyo South district ahead of the year 2023 elections under the platform of Accord, Idris Kolapo Kola-Daisi on Sunday described a former Governor of the State, Senator Rashidi Ladoja as a leader that puts people’s first.

Eulogizing Ladoja, the Accord candidate for Oyo South said the elder statesman whose lifestyle and achievements in life were worthy of emulation, remained a nationalist and great asset to the State and the country at large.

Our Govt ‘ll Be Devoid of Religious Sentiments – Adelabu Assures

Kolapo Kola-Daisi popularly called KKD in a congratulatory message he personally signed prayed for more exploits for the celebrant in the service of his fatherland.

His statement reads in parts: “I express my heartfelt congratulations to our father, High Chief Rashidi Adewolu Ladoja, the Otun Olubadan of Ibadanland, as you celebrate a 78th birthday today.

“Your lifetime of service, leadership that puts people first, and huge contributions to Oyo State’s progress and growth are all great examples.

“As you mark another birthday in your distinguished life, I pray that the almighty Allah gives you great health and further wisdom to make even bigger impact in our state and across the nation at large,” Idris Kolapo Kola-Daisi added.