No Agenda to Impeach Makinde and his deputy – Assembly Declares 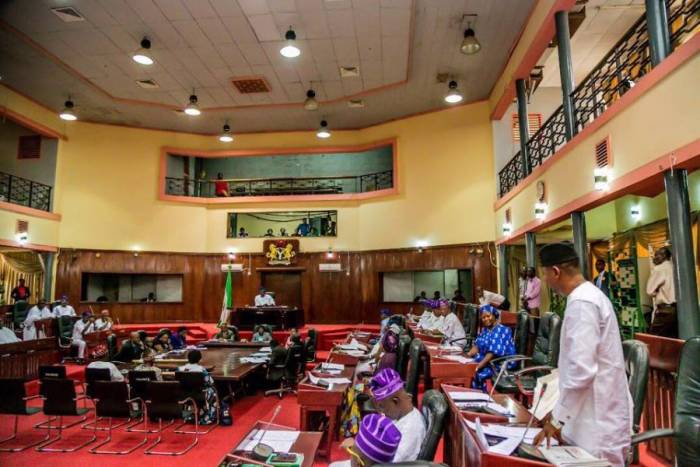 The Oyo State House of Assembly on Tuesday said none of its members contemplated any move to impeach either the governor or his deputy, contrary to media reports flying around.

Laying the impeachment speculation to rest, Honourable Akintunde Olajide representing
Lagelu state constituency moved a motion on Vote of Confidence on Governor Seyi Makinde and his Deputy, Engr. Rauf Olaniyan; and seconded by his colleague from Oyo East/Oyo West Stste constituency, Honourable Isiaka Kazeem. The motion was unanimously adopted by all the members.

Lending his voice to voice to the motion, majority leader, Honourable Sanjo Adedoyin said the Assembly was solidly behind Makinde and all the current administration was doing.

The leader of legislators on the platform of AllOl Progressivs Congress (APC), Rt. Hon. Asimiyu Niran Alarape, while supporting the vote of confidence on Makinde, said there is the need for the thirty-two members to speak out their immense supports for Governor Makinde and his Deputy. The Minority Leader emphasized that it was high time all the lawmakers made public their support for the Makinde government, irrespective of political parties.

The Speaker of the house, Hon. Adebo Ogundoyin, in his remarks said all members, regardless of party lines, were on the same page on the vote of confidence.