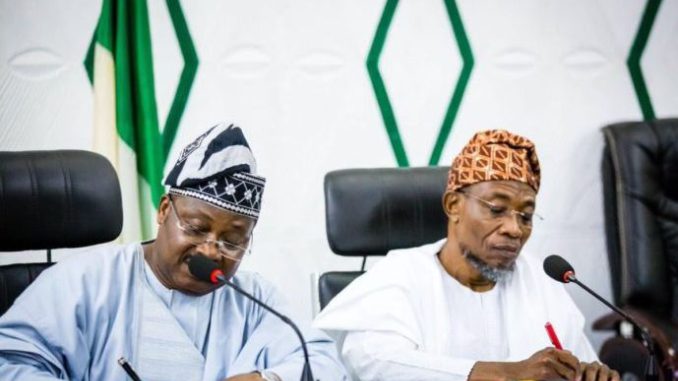 The Oyo state chapter of the All Progresssives C

ongress (APC) on Sunday regretted the outcome of the conduct of Saturday’s governorship election in its neighbouring Osun state.

It was however quick to add that such would serve as a lesson that no one should be underestimated in any contest.

The Governor of Oyo state, Senator Abiola Ajimobi was one of the ruling APC governors in the country that joined their counterpart, Mr. Rauf Aregbesola to coordinate the last minutes efforts to ensure victory for the party’s flagbearer, Alhaji Gboyega Oyetola in the inconclusive election.

The Oyo APC said judging by all the negativity that trailed the APC leading challenger, Senator Adeleke, anyone would have written him off in the contest.
Reacting to the Saturday Osun election which was declared inconclusive by the Independent National Electoral Commission(INEC) , the APC Director of Media, Research and Strategies and Publicity Secretary, Dr AbdulAzeez Olatunde stated that the experience garnered in Osun guber poll would be deployed to good use in Oyo state starting from the primary election in the state.
“Also, the keenness or the competitiveness of Osun Election is a reminder to the people that have the mandate of the electorates that there is a judgement day in waiting when the mandate would either be renewed with good performances or repositioned to another party or person.
“In relation to Oyo State, it shows that no one can be taken for granted or underestimated, considering all the negativity that trails APC leading challenger to the Guber election, most people would have written him off. That is another lesson that voting patterns and trends are most times unpredictable.
“As for Oyo 2019, we have learned a lot of lessons which we hope to deploy to good use starting from our primaries.”