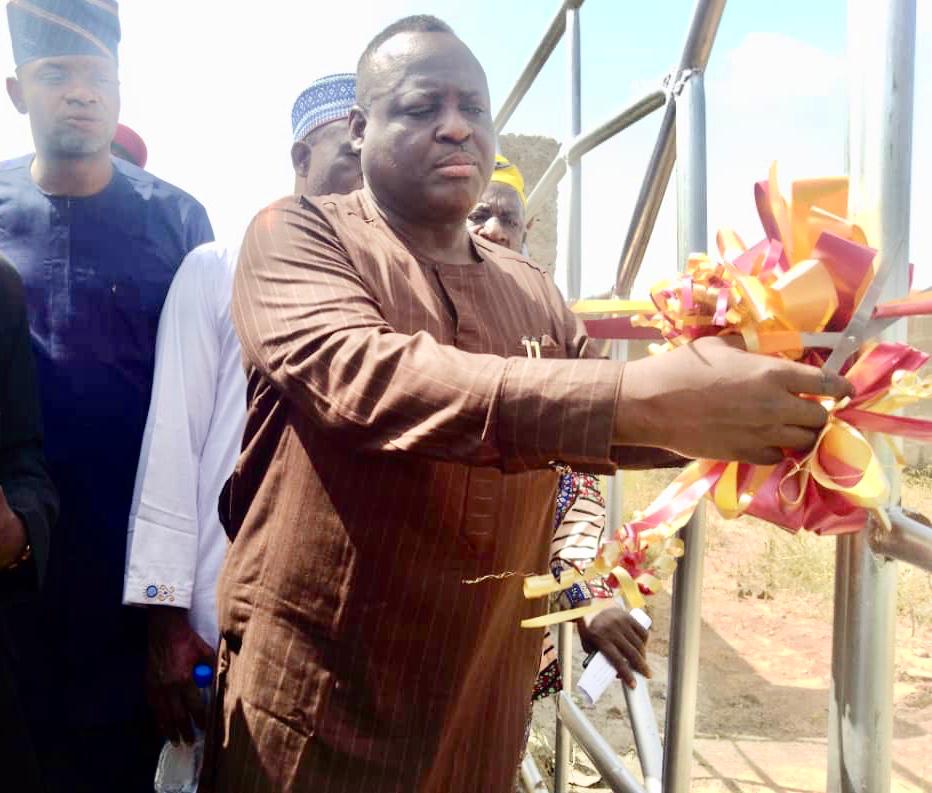 The State Commissioner for Trade, Industry, Investment and Cooperatives, Chief Bayo Lawal stated this on Friday, while commissioning the Ogbomoso Ultra Modern Business Complex slaughter slab and ancillary facilities which have been abandoned since 1999 by past administrations but revamped by the Governor Seyi Makinde-led administration.

Chief Lawal who was represented by the Permanent Secretary, Ministry of Trade, Industry, Investment and Cooperatives, Dr. ‘Bunmi Babalola described the project as a dream come true after 23 years of its conception.

Speaking to newsmen after the commissioning of the project, he said, “I am glad that you noticed that this project has been on since 1999, that is about 23 years now and several Governors have come and gone, they tried but could not achieve what we are doing here today and that is to display the seriousness and commitment of the administration of Engineer Seyi Makinde to the development of markets and business environments, hence the importance of this laudable project goes beyond ordinary trade.”

He noted that bringing marketers and traders under a business complex not only guarantee safety from dangers and road accidents, but also gives the sense of belonging and responsibilities.

He added that the Slaughter slab was significant as it would ensure that animals are slaughtered and processed under a supervised and hygienic condition which will reduce to the bearest minimum the incidence of meat contamination and consequently reduce diseases in the state.

Ayoade solicited for maximum support and cooperation of all the traders in Ogbomoso land for enhanced economic development.

He equally appealed to the traders hawking by the roadsides to move into the market complex as officers and market leaders would soon embark on thorough enforcement and compliance.

In their separate goodwill messages, the headship of Ogbomoso Butchers Association Alhaji Abdulrasheed Ajani and Chief Olusegun Ajao assured the Local Government of the cooperation of the members of the association in ensuring smooth running of the slaughter slab and ancillary facilities.

The event included the signing of Memorandum of Understanding (MoU) between Ministry of Trade, Industry, Investment and Cooperatives and Ogbomoso North Local Government to ensure profitability and sustainability of the project.

Do Away With Sensational Reports of Lagos-Ibadan Expressway Abductees, NUJ Charges Members, Commends Police, Others On Rescue Efforts