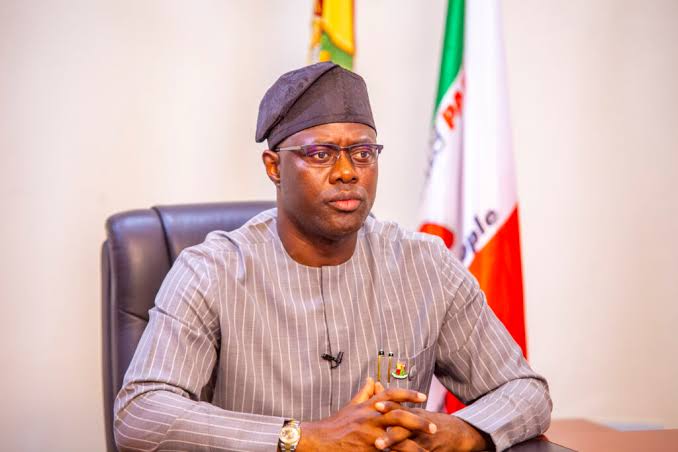 The Congress of Babalojas and Iyalojas in Oyo State has condemned Governor Seyi Makinde for appending his signature on the certificate of recognition issued by Mr. Bayo Lawal, to Alhaji Yekini Abass as Babaloja-General of Oyo State.

According to the communiqué issued at the end of the emergency Congress meeting held at the Trans Amusement Park, Bodija Ibadan on Tuesday, the congress unanimously rejected Alhaji Yekini Abass as Babaloja-General and described the action of the state government as a mere waste of time.

The communique reads, “The congress which comprises of Babalojas and Iyalojas from the 33 Local Government councils and 5 geopolitical zones in Ibadan unanimously rejected the choice of Alhaji Yekini Abass as Babaloja-General of Oyo State in view of the fact that the action taken by the government of Oyo State under Engr. Seyi Makinde is belated, hence it’s of no substance, becomes null and void.

“The congress also referred Oyo State Government to the acton it took on August 24th, 2020 at the House of Chiefs, Oyo State House of Assembly where Alhaji Sunmaila Aderemi Jimoh was elected and subsequently sworn-in as Babaloja-General of Oyo State by this same Congress.

“The congress also wish to bring to the awareness of the state governor, Engr. Seyi Makinde that Alhaji Sunmaila Aderemi Jimoh was presented to the Oyo State House of Assembly through House Committee on Trade for recognition and the house issued letter of recognition immediately to him.

Communiqué reads further that, “As at the time of electing and swearing-in of Alhaji Sunmaila Aderemi Jimoh there was no bridge/intermediary between the governor and the trader’s association, that necessitated the need to write house committee on trade, as well as ministry of trade and industry. Market Leaders Council was inaugurated long after the installation of Alhaji Sunmaila Jimoh.

“The Congress has not received any petition or complaint against the installation of Alhaji Sunmaila Aderemi Jimoh and as at the time of holding today’s emergency Congress meeting no individual or association or agent has approached any competent court to challenge or fault the election and swearing-in of Alhaji Sunmaila Aderemi Jimoh as Babaloja-General of Oyo State.

“Addressing allegations raised against Oyo State Market Leaders Council and Mr. Bayo Lawal, Commissioner for Trade and Industry, the Congress unanimously condemned the composition and blamed Gov. Seyi Makinde for not doing proper and thorough consultation and investigation before the inauguration of the council”.

As quoted in the communiqué, “The composition and inauguration of Oyo State Market Leaders Council by Governor Seyi Makinde was inappropriate, inaccurate and faulty. Majority of those in the council are not traders, some of them are bricklayers, canteen operators, painter and others. There is no way those in the council can ever speak in favour of over 2.5 million traders in Oyo State.

“On why Market Leaders Council should not be involved in the selection, nomination, appointment and inauguration of Babaloja-General of Oyo State, the Congress described them as a body that lack merits to speak for traders based on the lines of businesses of those appointed to the council by the government of Oyo State”.

“It is impossible and unacceptable for bricklayers, food canteen operators, welder to decide who heads markets in Oyo State. In view of the above and various uncivilised activities carried out recently against those who represented traders in the Market Leaders Council, the Congress unanimously demanded immediate dissolution of Oyo State Market Leaders Council”, the  communiqué added.