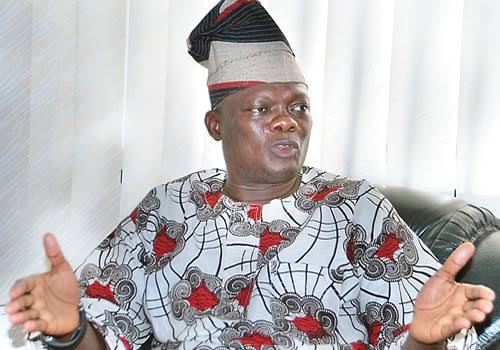 The National Assembly/state assembly election petition tribunal sitting in Ibadan, on Friday dismissed the petitions filed by the immediate past Senator Monsurat Sunmonu of the African Democratic Congress and Chief Bisi Ilaka of the Peoples Democratic Party, both from Oyo central against the election of Senator Teslim Folarin of the All Progressives Congress.
In dismissing the petitions, the election petition panel, chaired by D. M. Igyusu, but read by Sikiru Owodunni, the-three man panel unanimously agreed that both petitions lacked merit.
They were of the opinion that none of petitioners was able to substantiate claims of over-voting and electoral malpractices, pleaded against Folarin’s victory
The court awarded cost of N20, 000 against the petitioners, in favour of all respondents; Folarin, Independent National Electoral Commission and the APC.
Reacting to the judgement, Folarin, thanked God for the judgement and particularly thanked the judiciary for being the last hope of the common man.
He eulogised members of his senatorial district for voting massively for him and was delighted that their decision to elect him has been affirmed by the courts.
He enjoined both petitioners to now respect the wish of the electorate and join hands in moving Oyo Central forward.
Counsel to both Sunmonu and Ilaka said they had their clients instructions to proceed on appeal against Folarin’s victory.