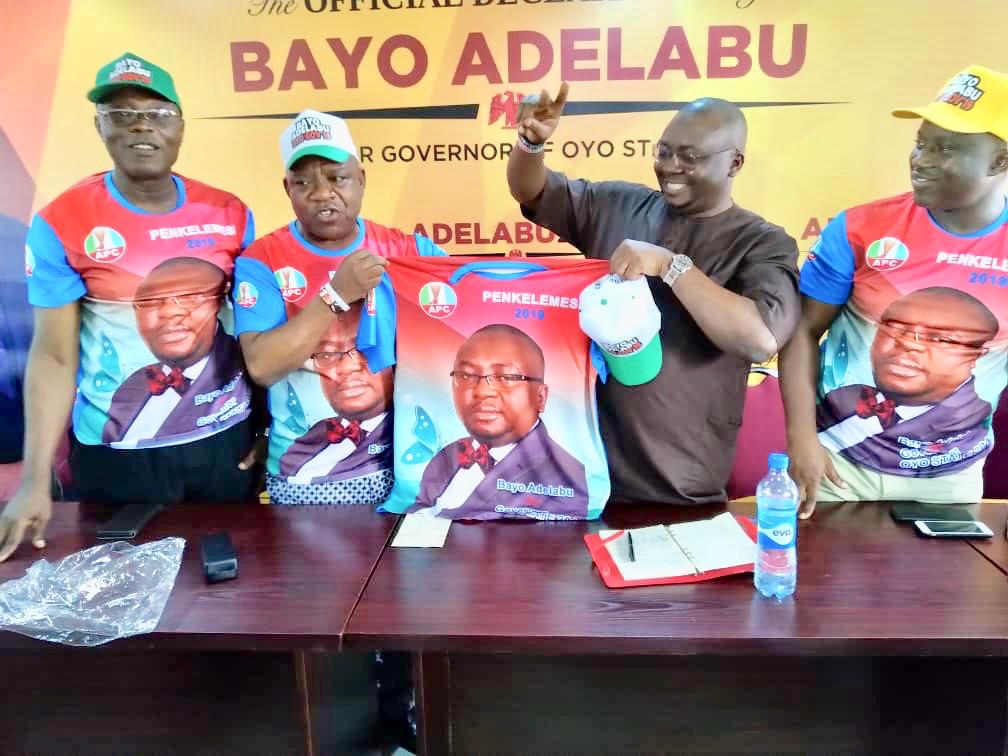 Jericho Businessmen Club (JBC), a sociocultural club of Ibadan elites has paid a solidarity visit to one of their own, Chief Adebayo Adelabu to identify with him and wish him a successful outcome in his quest to be the next Governor of Oyo state.

The visiting team was personally received by the All Progressives Congress (APC) gubernatorial hopeful, Adelabu and members of his campaign organization at Jericho Ibadan area of the city.

Adeniji praised Adelabu for his invaluable contributions to the Jericho Businessmen Club over the years and affirmed the club’s readiness to support his quest to become the next governor of Oyo State.

To demonstrate this, the club donated large quantities of branded “Bayo Adelabu for Oyo State Governor” T-shirts and Fez caps and cash to support his campaign activities.

Responding, Adelabu affirmed that JBC remains his only sociocultural club and expressed appreciation for the show of love and brotherhood displayed by the club.

He stated that his sojourn into politics despite having a very lucrative job at the Central Bank of Nigeria then was borne out of his desire to see to the sustainable development of Oyo state and his passion for service to the people which is engrained in the DNA of his family.

He thanked the club profusely for the generous donations and promised not to disappoint the club if elected Governor of the state.

A past president of the Club, Alhaji Aderemi Bello offered prayers for divine protection and successful outcome for the aspirant.

Tambuwal Takes Over From Fayemi As NGF Chairman