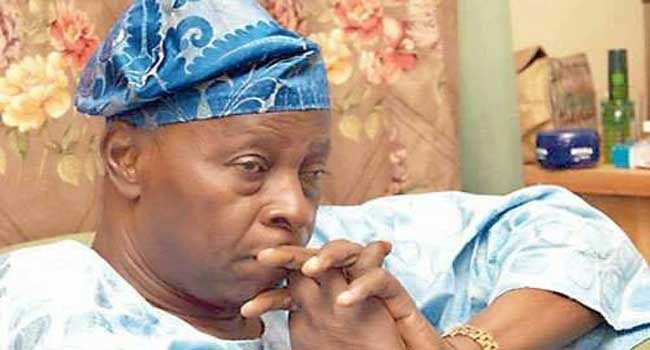 You know I am a leader in the South West and at the National convention, I was elected as the leader of the Yoruba delegation. So, I am central to the Yoruba position. The Yoruba position is my position and it is the same position I canvassed in my book, ‘The way forward for Nigeria’ which I launched since 2005 in Lagos. What we mean by restructuring is going back to the Independence Constitution which our leaders negotiated with the British between 1957 and 1959. It was on that basis that the three regions agreed to go to Independence as one united country. So, it was a negotiated constitution. This is because, if the three regions were not able to agree, there would not have been one united independent Nigeria. But because the three regions at that time negotiated and agreed to package a constitution, that is why they agreed to go to Independence together. When the military came in 1966 and threw away the constitution, they threw away the negotiated agreement among the three regions, which was the foundation of a united Nigeria.

So, the military did not only throw away the constitution but a political consensus negotiated and agreed by our leaders of the three regions in those days. When we say restructuring now, we are saying let us go back substantially to that constitution which gave considerable autonomy to the regions. For example, each region at that time collected its revenue and contributed the agreed proportion to the centre. But when the military came, they turned it round and took everything to the centre. That could not have been accepted by Ahmadu Bello, Nnamdi Azikiwe or Obafemi Awolowo.

This constitution we are using was made by late Gen Sani Abacha and the military; and Abacha came from only one part of Nigeria, so he wrote a constitution that favoured his own part of Nigeria. That is why I am saying, let us restructure and go back to what all of us agreed before. That is the meaning of restructuring. The regions used to be federating units, but in today’s Nigeria, they would now be called federal regions because states have been created in the regions. So in the West, you now have federation of Yoruba states which would belong to the Nigerian union at the centre. So, it is not like the region of old with all the powers. No. It is now going to be a coordinator of the states in the zone. That is what we mean by restructuring. And the regions would have a considerable autonomy as they used to have. For example, for the younger people, they may not know that every region then had its own constitution.

There were four constitutions at independence –the Federal constitution, Western constitution, Eastern constitution and Northern constitution. That was how independent they were and every region had an ambassador in London. The ambassadors for the regions were called Agent General so that you do not confuse them with that of Nigeria then called High Commissioner. So, Nigeria had four ambassadors in London. The ambassador for Nigeria then called a High Commissioner was M.T Mbu. The ambassador for Eastern Nigeria then was Mr Jonah Chinyere Achara, Western Nigeria was Mr Omolodun and for Northern Nigeria, it was Alhaji Abdulmalik. There were four of them. That was the kind of arrangement we agreed to, but the military threw it away and gave us this over-centralised unitary constitution. So, we said this is not acceptable any more; we must go back to the negotiated constitution which gave considerable autonomy to the regions, so that they can compete in a healthy manner. For example, Chief Obafemi Awolowo wanted to introduce free education in the West and other regions said they could not afford it, but he went ahead to introduce it in the Western region. He said he wanted to pay a minimum of five shillings a day, while others were paying two and three shillings. He went ahead and passed the law, making five shillings the minimum wage in Western Nigeria.

There was no problem with that. In Western Nigeria, the constitution provided for a House of Assembly and the House of Chiefs. In Eastern Nigeria, there was no House of Chiefs because they did not think they needed one. There was no problem with that and that is the kind of Nigeria we negotiated in London, but that is different from what we have today. So, we are saying let us go back to that arrangement which all of us agreed at independence and not what Abacha imposed on us, which is very partial, unfair and one-sided. That is the meaning of restructuring; it is to restructure unfairness and give semi-autonomy to the federating units.