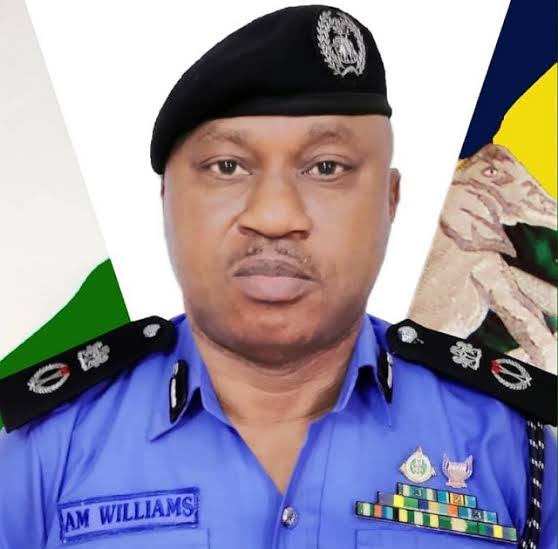 The Commissioner of Police Oyo State Command, CP Adebowale Williams has commended the organizers of the annual Oyo State Most Influential Award Series, packaged by Ibadan Media Limited for the transparent process in picking nominees for the recipients.

Adebowale made this call when the management of the Ibadan Media Limited visited the Commissioner to seek his approval to honour some of his officers that have distinguished themselves in carrying out their lawful duties so as to serve as motivation for others.

Oyo Police boss who holds M.sc in Peace Studies and Conflict Resolution and doubled as LLB in Law thanked the CEO of Ibadan Media, Olanrewaju Ola for the transparent manner in considering his men for honour based on their diligence and dedication to their duties.

According to the organizers, “CSP Akintunde Oyeniran is a wonderful law enforcement officer that always does things selflessly according to the investigations conducted by the Ibadan Media which reveals his good administrative style that has changed the face of the Police station through many renovations projects the DPO had embarked upon which had greatly boosted the morale of the personnel working there.

How Oyo Lawmaker’s Thugs Attack Journalist, Threaten to Kill Him

“CSP Sola Aremu was singled out as a dignified law enforcement officer that carried out his duties with fear of God. Aremu a graduate of Lodoke Akintola University (LAUTECH) has received IGP’s recognition award as a results of his unprecedented exploits in curbing the menace of armed robbery, kidnapping and other heinous crimes in Oyo State.

“The Commander for Swift Response Squad, Oyo State, CSP Femi Okunowo is a good example of a reliable Policeman with many certificates testifying to his professional competence as investigated by the Ibadan media.

“Okunowo has just received the Pacesetters Entertainment and Recognition Awards (PERA) special recognition award for outstanding contribution in ensuring safety of lives and property 2022 will also be recognize for his outstanding performance in securing the Oyo State environs in the Oyo State Most Influential Award Series, organized by Ibadan Media Limited.

“Oyo State Police command Image maker, Adewale Osifeso has recently received the Inspector General of Police’s Award for Exemplary leadership and Professionalism in the field of Public Relations 2022, during the annual PPRO’s Conference held in Ibadan was also nominated for another award of recognition by the organizer Most Influential Award Series.

“Osifeso, an alumnus of the Olabisi Onabanjo University, Ago-Iwoye has distinguished himself in handling Police-civil relationship with his excellent rapport with newsmen and media organizations in Oyo State since assuming office as the Oyo PPRO with many positives remarks from journalists covering crime assignments”.