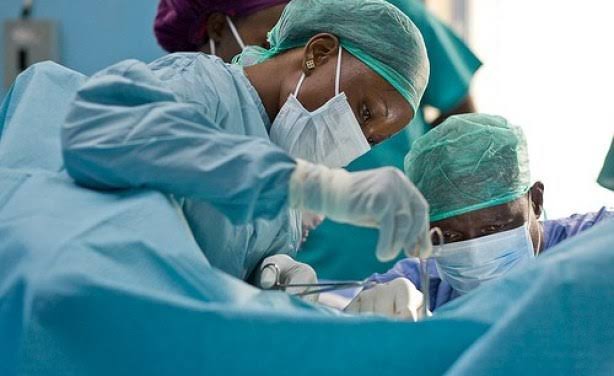 Oyo State Governor, Senator Abiola Ajimobi, has disclosed that over 1.5million people have so far benefited from the administration’s free health programmes across the state from 2012 till date.

The governor disclosed this during a visit by a delegation from UK-based Jesus House Mission; officials of the Access to Basic Medical Care Foundation (ABC), led by the Founder and wife of the governor, Chief Florence Ajimobi; and state health ministry officials.

The team had visited the governor preparatory to the commencement of a five-day free health services, starting from Monday and targeted at 2500 beneficiaries across the state for the period.

With the support of ABC, Ajimobi said that many people suffering from minor to major ailments, including surgeries have been attended to under the free health mission in the last six years.

The governor said, “This is the first time since 2012 when started the free health mission that we are having a team of Nigerians in the Diaspora giving us support. This is very commendable.

“It is pertinent to inform you that our free health programmes, which berthed in 2012, have covered 1.5million people in the state, including the local communities. The coverage spanned various ailments from minor to major, as well as surgeries.

“The support Jesus House Mission is giving us today will go down in history of healthcare in Oyo State, just as the ABC has done in the area of preventing deaths through cervical cancer through collaboration with the state government.”

The leader of the delegation from the Mission, Dr Agu Irukwu, said that the programme was billed to complement the efforts by the state government in combating health conditions.

He said that the JHM was inspired to support the government in acknowledgment of what he called its noteworthy efforts to bring healthcare to the doorstep of the ordinary citizen.

Apart from free medical examinations, distribution of drugs and free eye glasses, he said that the team came to the state with over 1000 birth kits for pregnant women.

Irukwu said, “We are here because it gives us an opportunity to support the great work the state government is doing in the health sector.

“We must also commend another partner in the health sector which is ABC, among others, for taking care of our people especially on prostate cancer, which is the second common cause of death in the world today.

“We will be giving birth kits to over 1000 pregnant women within the five days of this programme like we did in other African countries and some states in Nigeria.”