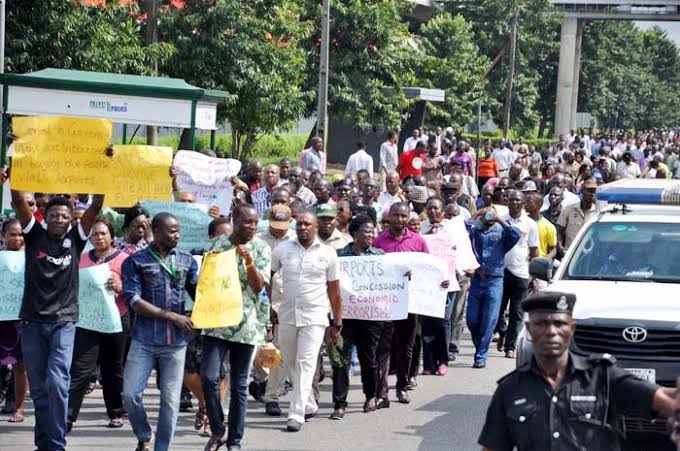 Oyo State governorship candidate of the African Democratic Congress (ADC), Senator Olufemi Lanlehin has decried what he termed the unfair and inhuman treatment of civil servants and retirees in the state by the Oyo State government, maintaining that such deliberate and willful actions, against an important segment of the society, do not bode well for productivity, staff motivation and societal harmony.

Lanlehin, in a press release by Lanre Ogundipe, Director, Media, Publicity and Protocol, Handshake Campaign Organisation (HCO), commenting on the backdrop of the three day warning strike declared by the Oyo State NLC/TUC, and the serial agitations by state owned tertiary institution workers, over months of unpaid salaries, as well as the deluge of debts owed in form of pensions and gratuities, wondered what Gov Abiola Ajimobi was now celebrating by thumping his chest to say “he is fulfilled.” What manner of fulfillment is that, Lanlehin asked?

Lanlehin, berating the Oyo State government for issuing promotion letters to workers without adequate financial backing, and for stopping further promotions, argued that in line with the Oyo State APC led government’s tradition of consistently being against the people, the ruling party does not care if workers, who constitute a formidable constituency in the state, continue to be so treated with contempt. “Treating pensioners with disdain, to the point where the men and women, who had contributed their quota to the development of the state, were now forced to resort to litigation was very unfortunate,” Lanlehin lamented.

“What manner of government wakes up one day, and tells tertiary institutions to be self financing?” Lanlehin queried. Withdrawal of subventions to these institutions, coupled with the non-release of capital grants to them, Lanlehin averred, has all but stifled the institutions, leading to their inability to pay salaries of almost 27 months, in certain instances, and a dearth in physical infrastructure in the affected institutions.

Assuring Oyo State workers, both active and retired, that their own government, represented by the ADC, is almost here, and that by the grace of God, and their support, he is promising them a government which will listen to them, learn from them, and lead by their support, the Oyo State ADC governorship candidate intimated them that, “payment of salaries, pensions and gratuities, would be non-negotiable, and indeed, would be the centerpiece of his administration’s plans and policies,p.”

Lanlehin, added that from consultations with different category of workers in the state, the problems facing workers have been highlighted, and the solutions to be proffered are already known, and would in fact, be implemented once he gets the reins of power. He subsequently urged them to remain committed in carrying out their legitimate duties, promising that “in yet a little while, the good times will return”.