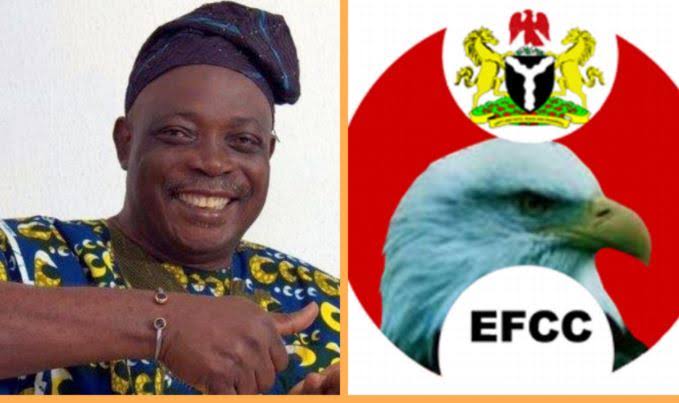 Top politicians in Oyo state on Friday rejoiced with former Governor Rashidi Ladoja over his victory against the Economics and Financial Crimes Commission (EFCC) in the N4.7billion fraud case allegedly perpetrated during his reign as the state’s helmsman.

Delivering judgement in the 11-year-old trial on Friday, Justice Mohammed Idris said the evidence brought to court against Ladoja and Waheed Akanbi, a former Oyo State Commissioner for Finance, was “too low on credible evidence.”

The judge said the EFCC failed to call relevant witnesses to prove it’s case against the former Governor.

To this end, a former Secretary to Oyo state Government, Sharafadeen Alli on Friday described the victory of former Governor and national leader of the Zenith Labour Party (ZLP) as a triumph of democracy and the rule of law.
Also See

Alli, the gubernatorial candidate of the ZLP, who was the SSG and later Chief of Staff during Ladoja administration, said in a statement by Gus media aide, Taiwo Ibrahim: “I have known my leader, Ladoja over the decades as one who always stand by the truth and would never do anything to soil his image.
“His victory is another testimony that the government he ran in Oyo state between 2003 and 2007, together with those of us, his lieutenants, was that of the people and for the people alone and this is the more reason he stands out as has been clamouring for good governance in the next dispensation,” Alli said.
He recalled that his records to put people, teachers, civil servants,traders, artisans in the the front burner of governance has not been rivalled since he left the saddle in 2007 and stressed that as a graduate from his school of political thoughts, he (Ladoja) has reposed that confidence in him to reshape the socio economic and socio political system of Oyo State.
Also, the gubernatorial candidates of the African Democratic Congress and the Peoples Democratic Party,
Senator Olufemi Lanlehin and Mr. Seyi Makinde respectively, congratulated Ladoja on his acquittal by the judge.
Lanlehin in a statement by his media aide, Damola Adeoye said, “Senator Ladoja’s integrity has been further advertised, and the orchestrators of the spurious litigation, ostensibly for political motives, put to perpetual shame.
“Senator Lanlehin, therefore, congratulates the Osi Olubadan on this victory over witch hunt, base politics and unfounded allegations, urging him to continue to dedicate his life to the advancement of humanity and promotion of welfarism.
Makinde said that he was relieved to learn that the litigation which lasted over 10 years was finally laid to rest in favour of senator Ladoja.
According to Makinde, “Ladoja’s comportment throughout the ordeal was a lesson in resilience which the younger ones must learn from.”
Makinde said that Senator Ladoja must now make himself father of all and stand by what will bring maximum progress to a people he once governed.

You Will Have Your Days in Court, Akinremi Jagaban Tells Detractors