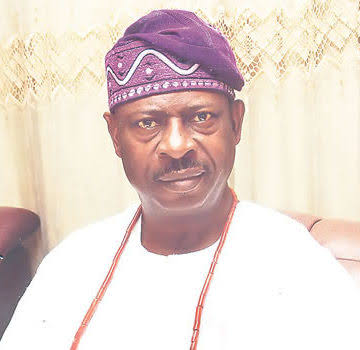 THE Central Council of Ibadan Indigenes (CCII) has said that all aspiring candidates of various political parties wishing to succeed the incumbent Governor, Senator Abiola Ajimobi in 2019 must come before it and explain the agenda he or she has for the development of Ibadan, the state capital.

The President of the body, Chief Yemi Soladoye at a press conference during the week, said Ibadan with voting population of about 54% of the entire state, deserves to scrutinize all candidates aspiring for the 2019 to ascertain the one with the best blueprint on how to further develop the city.
Soladoye said the CCII had indeed sent out invitation letters to the candidates to come before it and “analyse his or her Ibadan Agenda to us”.
Also See

Prominent among the 37 gubernatorial candidates ahead of the said election are those of the ruling All Progressives Congress (APC), Peoples Democratic Party (PDP), African Democratic Congress (ADC), the Zenith Labour Party (ZLP) and the Action Democratic Party (ADP), Chief Bayo Adelabu, Engr. Seyi Makinde, Senator Olufemi Lanlehin, Chief Sharafadeen Alli and Otunba Adebayo Alao-Akala respectively.
Only Alao-Akala who ruled the state between 2007-2011 is from Ogbomoso zone while others are ‘shon of the soil’ -Ibadans.
The CCII which reeled out special packages including a foundation for advanced democracy and book launch titled Koseleri (unimaginable) in honour of Governor Ajimobi celebrating his last birthday as the state helmsman on December 16.
Ajimobi, the 41st ruler of the city from the time of Sir John Rankin, according to the CCII, did not only break the elusive second term of office but equally returned normalcy to Ibadan, which hitherto was notorious for the death of a number of Nigerian citizens like Suliat Adedeji, Ajibola Ige, Layi Balogun, Ademola Oyadeyi, Lateef Eleweomo, among other killings of the past.
Soladoye said Ibadan Foundation for Advanced Democracy (IFAD) would be instituted in honour of Ajimobi’s many giant strides in governance because the largest and many landmark dividends of democracy in Nigeria are on the soil of Ibadan -The WNTV/WNBS, the Cocoa house, Liberty stadium, and many other 1sts in Africa.
He said that “Almost all politicians of note in South west Nigeria are nurtured on the soil of Ibadan -Alhaji Adegoke Adelabu, Chief Obafemi Awolowo, Chief Ladoke Akintola, Chief Adisa Akinloye, Alhaji Lamidi Adedibu and up to the likes of Alhaji Busari Adelakun (Eruobodo).”
Inaugurating the committee headed by a former labour leader, Chief Olu Abiala, the CCII president said Ajimobi’s birthday holds on Sunday 16th December, 2018 at the International Conference Centre, to serve “as reference point for attitudinal re-orientation for our people, warning to our politicians that “the Big Brother is watching” and that Ibadan will henceforth hold her political office holders accountable.”
The President General of CCII then disclosed that part of the promises Governor Ajimobi made and fulfilled are:  zero tolerance for political
violence and destruction of lives and properties in Ibadanland, success on construction of Olubandan palace project and commencement of Ibadan circular road.

According to him, “Ibadan is one people occupying one city, 21 towns and 1,681 villages in South-West Nigeria but the spirit of oneness and gratitude is largely compromised. The deeper reason for the ‘Thank You birthday’ is in fact to halt the drift whereby the patriotism to serve Ibadanland has become a thankless and regrettable adventure to many of us, Many Ibadan indigenes who entered into business with themselves or
stuck out their necks to help motherland have had their fingers burnt.

The net loss to us is absence of political unity, denial of Ibadan of Ibadan state, etc. Any bad thing you hear about one Ibadan man is fabricated and spread by another man.
“Despite the facts and justification for us as rational human beings to thank Governor Abiola Ajimobi for fulfilling some of his promises to us, our people have started saying we are APC or this is about his senatorial ambition. He became a senator in 2003 without our birthday celebration for him.

“CCII did not organise any ceremony for him before becoming governor in 2011 and before he had a second term in 2015. We are only showing appreciation and setting the pace for the next governor in Oyo state that he must have Ibadan agenda and the agenda must be fulfilled.

In fact, the CCII has invited each gubernatorial and senatorial party candidates in Oyo state, including Governor Ajimobi to come and analyse his/her Ibadan agenda to us.”