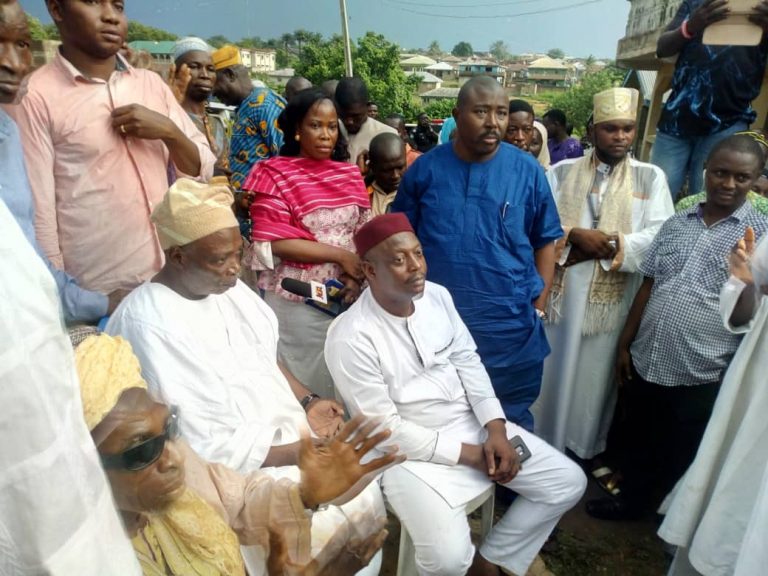 Alhaji Wasiu Ademola Alli, son of the late Iyalode Adinni of Fiditi land, Alhaja Nimotalai Adepeju Alli, who passed on, Thursday morning, has said that Fidau for the late mom holds after Ramadan.

Alli, who described the late Iyalode Adinni as a mother in a million whose death would be sorely missed by the family and Fiditi community, said 40 days fidau would be done in celebration of a worthy life she lived while on earth.

Mama Nimotalai Alli died yesterday, Thursday at the age of 80years and was buried same day in accordance with Islamic rites.

A former governor of Oyo state and Osi Olubadan of Ibadanland, High Chief Rashidi Adewolu Ladoja and the Gubernatorial Candidate of the Zenith Labour Party (ZLP) in the last general elections in the state, Chief Sharafadeen Abiodun Alli led other leaders of the party to pay tribute to the late Iyalode Adinni of Fiditi land.

Son of the deceased, Alhaji Wasiu Ademola Alli is a confidant and close associate of the former Governor.

A statement issued by the publicity Secretary of the party, Olajide Olanipekun Esq in Ibadan on Friday also described the death of Alhaja Nimotalai as a great loss.

The Chief Imam of Fiditi, Alhaji Oyelere who led other Islamic clerics to conduct prayers for the late Iyalode Adinni urged people to emulate the good virtues of the late Alhaja Alli.

‘Nigerians Must Collaborate for National Development’