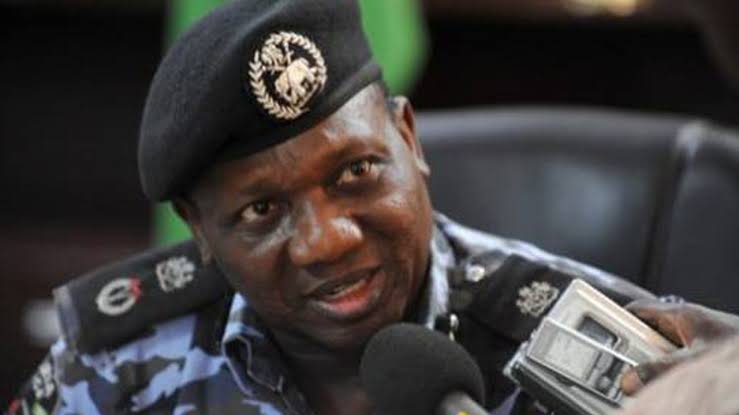 Determined to improve the living conditions of men in the rank and file of the Nigeria Police, the Inspector General, Mr. Ibrahim Idris, on Friday flagged-off Nigeria Police Welfare Housing Estate in Ibadan for the benefit of police officers.

The development, according to the IGP was in his quest to transform the force and allow his men better shelter and comfortable accommodation in the pursuit of their jobs.

He said the project would improve their welfare and enhance their ability to perform their statutory functions of protection of life and property.

The facility, named Ibrahim Kpotun Idris Estate, is 1,000 housing units and comprised one bedroom apartments, as well as two and three bedroom semi detached bungalows. It was financed by the Cooperative Mortgage Bank (CMB).

The event had in attendance an Assistant Inspector General of Police (AIG) in charge in charge of Zone 11, Osogbo, Danjuma Ibrahim; the AIG in charge of Logistics and Supply, Olalekan Oladipupo; Commissioner of Police in Oyo State, Mr. Abiodun Odude.

The IGP, who was represented by the Deputy Inspector General of Police (DIG) in charge of Finance and Administration, Mr. Maigari Dikko, stated that in his inaugural address on June 22, 2016, he assured police personnel of his determination to accelerate all issues that advance their welfare, including their families such as promotion, prompt payment of entitlements, salaries and provision of affordable,housing units among others.

His words: “This promise I have pursued with zeal because of my firm belief that police officers deserve huge support in terms of welfare, emoluments and other logistics given the nature of our duties.

“My administration has sustained major result oriented initiatives aimed at reinvigorating the police welfare system, through several creative methods of affordability available to us. The product of these painstaking efforts has culminated into the construction of housing units across the country, particularly for the junior cadre.

“Post retirement accommodation for police officers is a motivating factor for enhanced performance and resisting corruption. If a police officer is conscious of a guaranteed house during and after service, he or she will be committed to his or her duties and resist all corrupt tendencies aimed at compromising him or her.

“It is in the light of this that I made the provision of affordable housing as one of the cardinal objectives of the current police management team under my leadership.”

Idris recalled that sometime in 2017, the Muhammadu Buhari Estate with over 300 housing units of two and three bedroom bungalows was commissioned in Badagry Lagos, adding that another estate in Mbora District of Federal Capital Territory, Abuja was commissioned on April 24, 2018. These houses are being sold to police officers of all ranks at affordable prices through mortgage financing to be paid within a specified period.