Journalists groan as pandemic puts Nigerian Tribune, The PUNCH, The SUN, Guardian, Others on Edge 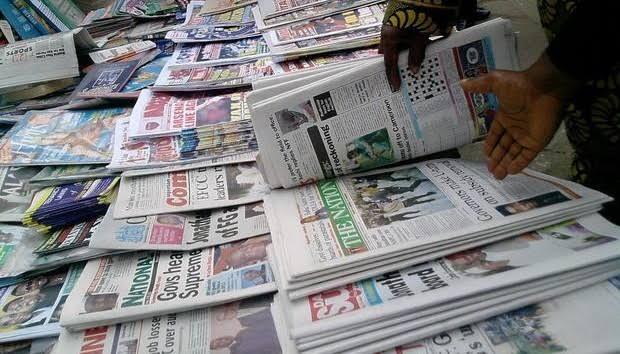 Why the above dropped into my mind this morning, I cannot fathom. Perhaps, it is has been in my subconscious mind. This should not be a surprise, as a practitioner, plying his trade with the oldest surviving newspaper in the country. Nonetheless, the issue came up and I just couldn’t resist the urge to pen down my thought, no matter how pedestrian, on a burning issue at the heart of the survival of the Fourth Estate of the Realm.

No time can be more auspicious than now when the truth and stark reality is that virtually all the media houses in Nigeria today, particularly the Print Media, are struggling to survive, especially in this era of COVID-19 pandemic which has grounded all facets of human activities, the media not being an exemption.

The media has come a long way in its evolution since 1859, when Henry Townsend, a British missionary of the Church Missionary Society (CMS), founded the first newspaper, Ìwé Ìròyìn, a bí-lingual tabloid in Abeokuta, Ogun State. This was years behind some other African countries that already had their own newspapers. For example, The Cape Town Gazette of South Africa was founded in 1800, while The West African Herald, the first African newspaper by an African, berthed in Ghana in 1857.

However, several other newspapers came into existence in Nigeria since after the birth of the novel Iwe Ìròyìn. Some of these included Lagos Daily News (1920s) and which later transformed into the Nigerian Daily News; The Daily Times (founded in 1926 by Adeyemo Alakija). About four dozens newspapers were founded between 1859 and 1937.

In 1937, Nigeria’s former Governor-General and only ceremonial Head of State, the late Dr Nnamdi Azikiwe, went into the media business, publishing six different newspapers, the most popular being the West African Pilot. The sage, Chief Obafemi Awolowo, came up with his iconic Tribune titles (variously known as Tetebuyan and Apamaku).

Between now and then, the country has witnessed the birth, death and survival of several other newspapers, with majority of them barely out-living the founders. And, in spite of its apparent lapses, the media industry, especially the newspapers, have played and are still playing significantly roles in the making of the Nigerian Nation (how I wish there is indeed a nation).

The Nigerian media, though operating in a very hostile environment, colonial and post-colonial periods, have been doing its best to inform, educate, enlighten and entertain the people, while concomitantly also setting agenda for the government and holding the government and public officers, elected and appointed, accountable to the people. The critical role of the media in nation-building and national development deservedly earned it the sobriquet, Fourth Estate of the Realm.

However, as critical and important as the media is to the society, given its significant traditional role, ironically, the industry has, over the centuries, been going through turbulent waters, with many of the media houses, the owners and practitioners going under.

In fact, Awolowo, acknowledged the problems inherent in the media industry as he declared thus: “When preparations were actively underway for the publication of the Nigerian Tribune in 1949, there were many people who predicted that the paper would not live. Some of these people were well-meaning and had spoke from their experience of newspaper failures in Nigeria; and to be quite candid, the list of newspaper casualty was already a long one. It has grown much longer ever since…”

Indeed, the first newspaper, Ìwé Ìròyìn, lasted for only eight before its demise. The West African Pilot, founded in 1937, could not live beyond the early post-independent years and finally folded up shortly before the outbreak of the Nigerian Civil War in 1967. Even the biggest newspaper ever in our clime, The Daily Times, only struggled to survive till the late 1980s before it went the way of its forebears.

However and in spite of the inherent challenges, the man, who has been variously described as the Nostradamus of our time, the Best President Nigeria Never Had, a sage, a philosopher-king and the only undisputed modern-day leader of the Yoruba race, took a plunge into the murky waters and, as he put it: “In spite, however, of all the discouraging prognostications, my wife and I, together with a trusting friends, went ahead, in faith with our plan. And so, on 16 November, 1949, the Nigerian Tribune was born.”

As it was with the Nigerian Tribune, right from its inception, so it was with the other newspapers of that period. The newspaper industry, then had to contend with competitors, and particularly the powers-that-be.

In our contemporary times, the media industry has been battling with myriad of problems in its quest for survival. Apart from the traditional issues of stiff rivalry and competition and oppressive environment, chiefly among the issues newspapers are contending with are dwindling purchasing power of readers, gradually disinterest in reading culture and an astronomically rising cost of production. But above all these are the factors of the Social Media, which is threateningly and steadily relegating the traditional media to the backwaters of information gathering and dissemination; and the greatest threat now being the pandemic COVID-19.

Undoubtedly, the newspaper industry is at its nadir at the moment. The newspaper houses across the land are almost folding up, even as journalists and allied workers are being thrown into the bleak, grimy dark realities of joblessness. Many of the workers in the media industry have been going home empty-handed over the years with backlogs of unpaid salary arrears.

In the bid to survive, virtually all the major newspapers in the country today… Nigerian Tribune, The Punch, Sun, The Nation, Guardian, Vanguard, Telegraph…name them, have all put up several measures, including salary cut, staff reduction in whatever guise, reduction in pagination and a big cut in circulation figures.

In deed, the hard times are with us, but where do we go from here? Will the traditional newspaper industry cave in to the pressures of the sad realities and go under? Or can it, like Tribune’s Apamaku, wade through the gathering thick storm and reinvent itself and, again, continue to play its role as the greatest influencer of man, government and the society?