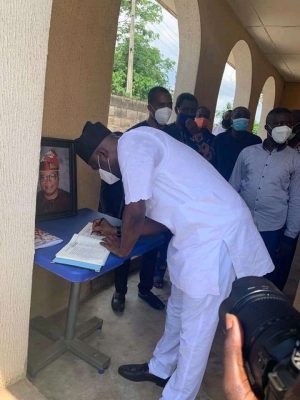 The Executive Governor of Oyo State, Engr. Seyi Makinde, on Sunday afternoon paid a condolence visit to the immediate family of his late Commissioner Kehinde Ayoola in Ibadan.

Makinde, in the condolence register, described the late Commissioner for Environment and Natural Resources, Hon. Ayoola, as a dedicated and loyal friend. 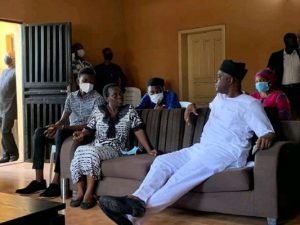 The Governor had on Thursday, in a statement, described late Ayoola as a dear friend and  colleague.

According to Makinde, he met late Rt. Honourable Ayoola in 2002, when they both worked together as members of the Fortune Group for the election of Senator Rasheed Ladoja. 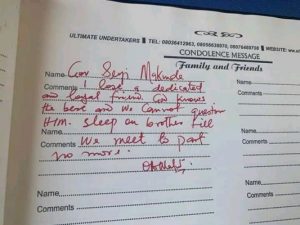 Reminiscences of my Relationship with Kehinde Ayoola |By Prince Adetayo Adekunle