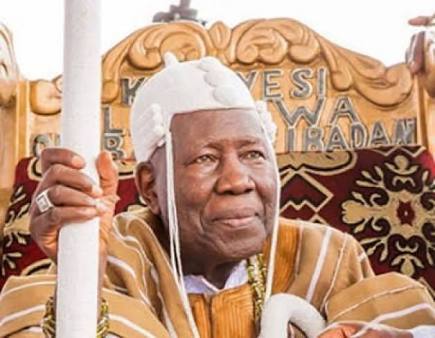 The Olubadan of Ibadanland, Oba Saliu Adetunji has tasked the International Association of Lions Clubs, Akobo, Ibadan on greater service to their community.
Oba Adetunji spoke at the investiture investiture of Lion Kehinde Akinwale, as the new President, District 404B1,Akobo Integrity Lions club, Ibadan.
The monarch who was represented by the Oloye Lekan Alabi; the Agbaakin Olubadan of Ibadanland charged all leaders in the society to always use their privileged position to advance the cause of humanity.
He lamented the deplorable state of our social infrastructure with the untold hardship on the common man.
The monarch called on the leaders in every strata of Nigerian society to be alive to the responsibility “to make our world a better place to live in.”
The new president pledged to use his position to help the less privileged and advance the cause of impacting humanity positively.
Akinwale said the hallmark of ‘Lionism’ which is to serve humanity would by upheld during his tenure.
He revealed that his administration has concluded plans to build a community health center at Abidiodan community in Akobo area of Ibadan for accessible primary health care service delivery.
“While we promised not to deviate from the visions and missions of the founding fathers of the Lions club international and that of Akobo Integrity Club,we will however with your support, take this club and district to the next level”,he added.
Other dignitaries at the investiture program include, the former President,Central Council of Ibadan Indigenes, Chief Wole Akinwande; Architect Dele Samson; President, Ajorosun club, Sir Oluokun Babalola, family and friends of the celebrant.