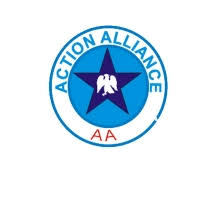 By Oluwayemisi Ajayi
The National Chairman of the Action Alliance (AA), Dr. Tunde Anifowose-Kelani on Friday challenged the controversial candidate of the party in Imo State and son in-law of Governor Rochas Okorocha, Mr. Uche Nwosu over his nomination as the governorship candidate of the party in the forthcoming election in the state.
In the suit no: FHC/ABJ/1555/2018, Kelani named Action Alliance as first, second and third defendants respectively and sought different prayers to quash Nwosu’s nomination.
Aside Nwosu, others joined as defendants are: the office of the Chief of Staff, Imo State and Independent National Electoral Commission (INEC).
Kelani in the case filed at a Federal High Court in Abuja, argued that Nwosu was never a member of the party and therefore cannot be allowed to fly the ticket of the party in 2019.
Kelani who spoke with newsmen in Abuja on Saturday said among his prayers was that the purported nomination and submission of the name of Nwosu who is not a member of first defendant as a gubernatorial candidate of the party in 2019 in Imo state, cannot stand.
It would be recalled that Kelani, recently advised Nwosu to do the needful, if he really wanted to contest on the platform of the party.
He further declared that the party has rules and regulations guiding its operation, adding that in order to become a registered member, there are due process such person must follow.
Kelani noted that instead of Uche to do the needful, he turned his deaf ears to the advise, thereby the party had to approach a competent court of law with jurisdiction to ensure legal process.