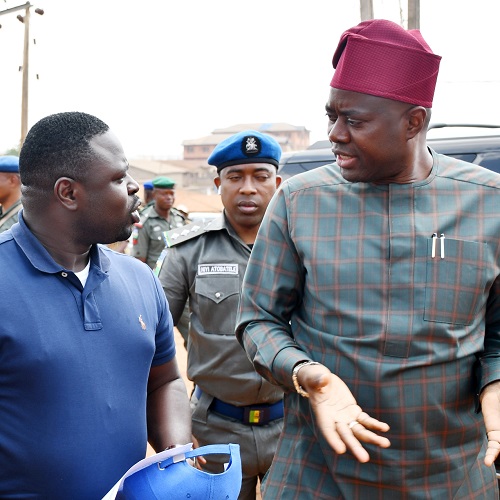 Oyo State Government has revealed that it is set to install All-in-One Solar Powered lights at palaces, hospitals and major markets across the geopolitical zones in the State. This, it said would further tighten security in the nooks and crannies of the State and develop its infrastructures.

This was revealed by the State’s Commissioner for Public Works and Transport, Prof. Raphael Afonja, today in Ibaudan, while addressing pressmen.

“With a view to further expanding the security network of the State and consolidate on this administration’s recorded achievement in this sector, it has therefore, become highly imperative and urgent to provide adequate security through provision of streetlights for our esteemed traditional rulers who have recently become targets for kidnappers in the recent times”, he said.

Afonja added that this initiative is aimed at addressing socio-economic challenges in the State, such as incessant and perpetual hoodlum attacks on traders in major markets and hindrance to medical services delivery at nights, due to poor illumination of hospitals premises.

He explained further that the illumination of major markets places will give room for night transactions which will boost the socio-economic status of the citizenry, and consequently improve the State’s IGR.
Prof. Afonja alluded that the illumination project in palaces, major markets and hospitals, would efficiently complement the ongoing ‘Operation light up Oyo State’ project.