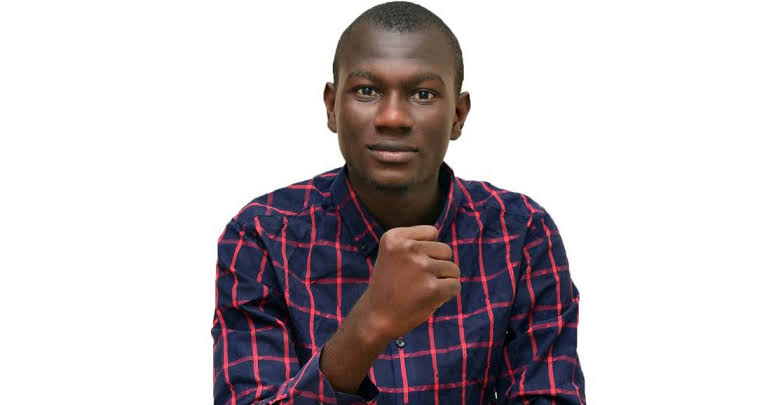 Olujuwon Asubiojo, the embattled Chairman of the National Association of Nigeria Students (NANS) says he remains the rightful chairman of the association despite his purported suspension.

Asubiojo stated this in Ibadan on Monday at a press conference.
NAN reports that the press conference led by Asubiojo had in attendance nine members of Oyo State NAN executive.

Asubiojo said since leadership is a function of service to the people, hence the need to inform people appropriately and avoid misrepresentation.

“The attention of the National Association of Nigerian Students (NANS), Oyo State has been drawn to an act of impersonation by the Vice Chairman Omoniyi Afeez, parading himself as the ‘Acting Chairman’.

“This is a constitutional aberration, a complete negation of the resolution of the NANS Senate in its last sitting on Oct. 19, 2019 and it is an insult to the collective dignity and intelligence of all Nigerian students in the state.

“The highest decision making which is Senate of NANS Oyo State passed a vote of confidence on the chairman of the association, Olujuwon Asubiojo and assured his leadership of maximum support.”

Asubiojo said though he was arrested by the police but he was later released when he was not found guilty of the allegations against him.

He said the bus sold was with the consent of NANS executives and the bus was, one that had been at the mechanic place for three to four years and also got burnt while at the place.

He however pledged to continue to champion the cause of students’ welfare and keep at good representation.

He added that Asubiojo duly carried the executive along with the sale of the wrecked bus and that he has the support of other students’ union leaders in Oyo State.

In his reaction to the allegations, Afeez Omoniyi said NANS Oyo State held Senate meeting on Oct. 19 where he was selected as the acting chairman of the association.

He denied other allegations of impersonation and use of force to coerce other NANS senators to declare him as the chairman.

“We held Senate meeting on Oct. 19 and representative of students’ union of 17 schools in Oyo State selected me as the acting chairman on the grounds of misappropriation of funds and selling of NANS car levelled against the for the former chairman Olujuwon Asubiojo.

“At that meeting we had representatives from NANS national body and DSS were present.

“It was unfortunate that Asubiojo couldn’t wait at the meeting because he knew that he was guilty of the offences levelled against him,” Omoniyi said.

It would be recalled that Lawrence Olanrewaju, Assistant Secretary General of NANS had earlier ratified the suspension of the embattled chairman Asubiojo for alleged gross misconduct.

Senator Ladoja and Myself not Leaving ZLP for APC, says Sharafadeen Alli