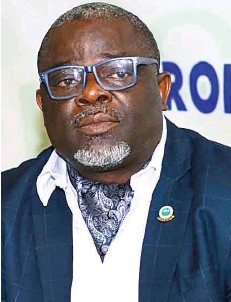 Stakeholders in Lagos state and Nigeria at large have described the appointment of Dr. Salako Idris as the new Commissioner for Physical Planning & Urban development by Governor Babajide Sanwo-Olu like a square peg in a square hole and is expected to be a breath of fresh air in Lagos civil service.

The appointment of personnel into any office or position should elicit some excitement. Appointments are a call to duty and a call to serve and make a difference.  They should not be viewed lightly or seen as funfair or used as some form of patronage, but should be viewed as a serious issue. This is because when one gets the appointments wrong, or makes the wrong choice, it can cause incalculable damage, as well as breed mediocrity and incompetence.  Appointments are meant to be inspiring; fortunately, that can be said of the appointment of  Dr. Salako Idris.

According to those familiar with the sector, the appointment of Dr. Salako Idris is encouraging, inspiring and worth celebrating as he’s seen as a square peg in a square hole, who until his appointment was the Managing Partner at Adesanya Salako & Associates; member of the Nigerian Institute of Town Planners (NITP) and a member at the Town Planning Registration Council of Nigeria (TOPREC).

As a first-time Commissioner, Dr Salako Idris is expected to win the confidence of the people within the shortest possible time, by reassuring them that he is the right man for the job. Like other commissioners, the new Lagos State helmsman has the onerous task of translating his promises to action. Governor Sanwo-Olu who chose him is not expecting anything less than good governance and the implementation of programs that will impact on lives of Lagos citizens and residents.

Lagos is a city with enormous opportunities and potential. A cultural melting pot, it is estimated that an average of 6,000 persons from various parts of the country come into Lagos daily. Thus, the city is only growing in population but without corresponding infrastructure development, a challenge Dr. Salako ldris has the right credentials to solve.

He is a fellow of the Nigerian Institute of Town Planners and a member of the Association of Town Planning Consultants of Nigeria (ATOPCON). Dr. Idris commenced his career in urban and rural planning as an Estate officer at Jide Taiwo & Co. between 1997-1998. He joined Hussplan Consult – Planning Practice as a Town Planner in 1998. He was an Environmental Officer at b-Environmental between 2001-2010.

He, however, joined the public sector between 2001-2003 as a Town Planning Officer at Oshodi-Isolo Local Planning Authority. Dr. Idris established Adesalako & Associates in 2004, where he has managed, conceptualized; as well as executed several projects in Nigeria.