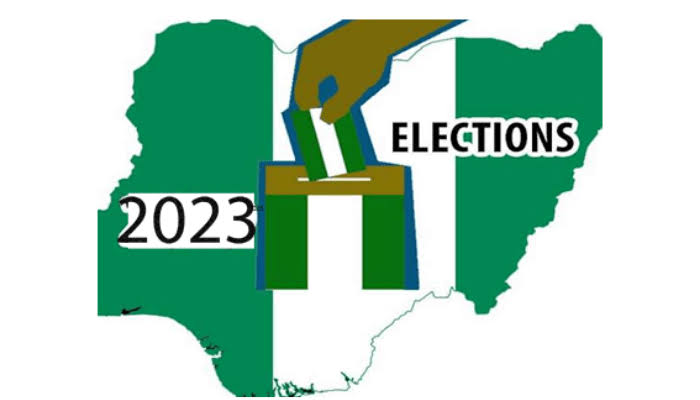 As the days for the general elections draw near, the Pan Yoruba socio-political organization, Afenifere, has expressed concern over the increasing verbal and physical attacks that are characterizing election campaigns in various parts of the country.

In a press release signed by the organisation’s National Publicity Secretary, Comrade Jare Ajayi, Afenifere stated that political parties and their candidates should focus on issues regarding how they will tackle the myriad of challenges that the country is facing rather than coming up with utterances and actions that border on “de-marketing of opponents and possibly causing bodily harms on other people”.

It would be recalled that politicians are, of late, hurling serious verbal attacks against one another while physical attacks have also been reported in a few places. The latter even led to the loss of some lives in some instances.

Maintaining that Nigerian politicians ought to have matured beyond the seeming villainy they currently display, Ajayi submitted that the verbal attacks emanating from some candidates and their spokespersons were encouraging their unscrupulous supporters to violently attack opponents in a manner that could result in bloodshed.

It would be recalled that Mr. Festus Keyamo, SAN, last week came up with various allegations against the Presidential candidate of the People’s Democratic Party (PDP), Alhaji Atiku Abubakar.

In the same vein, the spokesman of PDP, Honourable Debo Ologunagba, had accused the presidential candidate of the ruling party, the All Progressives Congress (APC), Asiwaju Ahmed Bola Tinubu of directing “his party members to unleash violence on Nigerians”. Ologunagba alleged that Tinubu gave this directive at a closed-door event in London that “inadvertently leaked to the public”.

“The aim of the APC was to hit our nation with violence…. The design is to create tension across the country to validate a narrative that elections cannot hold, then orchestrate a Constitutional crisis with a view to justifying a shifting of the elections and perpetuate certain APC elements in office beyond May 29, 2023,” Ologunagba alleged in a statement he issued on Wednesday, December 21, 2022.

Earlier last week, a man suspected to be one of the supporters of the Labour Party Presidential Candidate, Mr. Peter Obi, was allegedly tortured by some unknown men at Oraifite in the Ekwusigo Local Government Area of Anambra State.

A video clip that has been circulating on the social media shown the leader of the unknown gunmen threatening that anyone caught wearing or putting on any campaign material of politicians would be severely dealt with.

On Friday, January 20, 2023 three persons were reportedly injured, following double explosions that rocked a rally by the All Progressives Congress, APC, at the Rumu-Woji Play Ground, also known as Ojukwu Field in Port Harcourt, Rivers State.

Expressing serious concern over the escalating violence in spite of various peace accords being signed by presidential candidates etc, Afenifere spokesman disclosed that a research organization, SB Morgan had, in a report at the end of last year revealed that 27 Nigerians were killed in 57 politically-motivated violent incidents between January and December 2022.

Ajayi also quoted the National Security Adviser (NSA) to the President, Major General Babagana Monguno, as saying that Nigeria recorded 52 acts of political violence across 22 states between October 8 and November 9. That was 52 acts of political violence within just one month! Monguno said this at an emergency meeting of the Inter-agency Consultative Committee on Election Security (ICCES) organised by the Independent National Electoral Commission (INEC) in Abuja recently.

The Electoral Commission had earlier said that as at December 2022, it had recorded 50 attacks in 15 of the country’s 36 states and the federal capital (Abuja) since 2019. There have been some other attacks since then including the ones that happened in Ogun, Osun, Imo, Ebonyi, Abia and Enugu states among others.
Penultimate week, the attacks became so worrisome that INEC officials spoke of the danger the attacks could constitute for the smooth conduct of the forthcoming elections. Afenifere, like some other concerned groups and individuals in the country, issued serious warnings against anything that could cause a postponement or cancelation of the scheduled elections.

“Candidates and political parties that have good programmes to execute would not resort to verbal or physical attacks. We urge political parties and their candidates to focus on what plans they have to put an end or at least ameliorate the sufferings of Nigerians. They should let us know that they understand they enormity of the problems facing us and that they have solutions to these problems. An end should be put to mutual self-abuse either verbally or physically” Ajayi concluded.