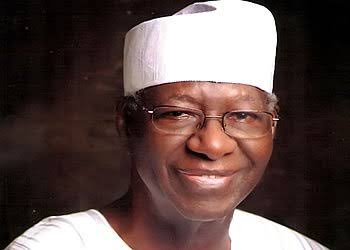 Former Governor of Oyo State, High Chief Rashidi Adewolu Ladoja, has described the passage of one time Chairman, Board of Trustees of Peoples Democratic Party, PDP and Uromi Edo State-born Chief Tony Anenih as a great and irreparable loss to both the political landscape and the security circle.

Senator Ladoja, Osi Olubadan of Ibadanland said in a statement by his media aide, Alhaji Lanre Latinwo in Ibadan, Oyo State, a copy of which was made available to Pacesetter News said Nigeria has lost one of her finest citizens.

He recalled the roles played by the deceased to midwife the current democratic experiment, noting that the nation cannot easily forget him.

Equally, Senator Ladoja noted that as one of the finest police officers in his era, who rose to the rank of Commissioner of Police, late Anenih was appointed Chairman of a national political party, the Social Democratic Party, SDP.

According to the Ibadan high chief: “definitely we can’t forget him in a jiffy as a national leader who also paid his dues to ensure that Nigeria occupies its rightful position amongst Committee of Nations.

“Not only that, the former PDP chieftain, as a phenomenon in the Nigerian political circle contributed his quota to the sociopolitical and economic development of the country, his efforts must not go unrewarded”, Ladoja added.

On behalf of his family, the Ibadan high chief while condoling the deceased family prayed for the repose of the late politician.

“I pray the Almighty God to grant the family, people and government of Edo State the fortitude to bear the loss”, he said.