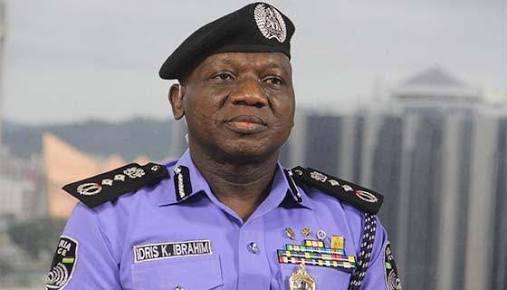 A law firm, Lex Habitatio has petitioned the Inspector-General of Police over alleged police inability to bring to book, nefarious activities of an Ibadan-based ‘businessman’, Mr. Sunday Adeyemo (a.k.a. Igboho).
The firm in a letter signed by its senior counsel, Olamide Ayoola Omileye, acting on bahalf of DAMJAY Group of companies represented by Mr. Olawale Ojoge-Daniel, a complainant in the matter alleged as follows:-
“On the 28th November, 2018, a petition was written on behalf if our client to zone XI, Osogbo concerning alleged atrocities of Sunday Igboho in a landed property situated on Alao-Akaka way in Ibadan.
“Thereafter, our client’s petition was to have been allegedly frustrated by one ACP Shogunle in charge of Public Complaint Bureau, who allegedly made a call to Zone XI in order to rubbish and trivialize serious allegations of attempted murder and occasioning harm levied against Mr. Sunday Adeyemo (a.k.a. Sunday Igboho).
“Our major concerns are that until this moment, we have not received any reply to the last petition also emanating from the office of Barrister James Onyiorofe.
“Since ACP Sogunle allegedly put a call to Zone XI, our clients matter have been put on hold.
“Is Sunday Adeyemo a.k.a. Sunday Igboho above the law? Is this steps by the police not tantamount to endorsement of alleged crime by the police and encouragement of thuggery and hooliganism?
“Is zone XI too small to investigate a case of this nature? Why should a matter that occurred in the South West of Nigeria be taken to Abuja without allowing Zone XI to complete the investigation in part and then what is the essence of creating zonal commands?”
Reacting, Mr. Sunday Adeyemo (Igboho) described the petition and the press conference addressed by Ojoge-Daniel as an attempt to give dog a bad name in order to hang it.
Mr. Sunday Igboho described all allegations raised in the petition as unfounded, declaring that the landed property in question was owned by him having bought it from the owner and fulfilled all financial requirements on the said property.
On the allegations that he was untouchable, he said there was no truth in it because “as a law abiding citizen and prominent businessman in Ibadan, I have nothing to hide from the police. The police are men who have respect for the rule of the law and would not dabble into the matter that was already before the court of law.’
Efforts to speak with the Commissioner of Police, Abiodun Odude as at the time of filing this report was abortive.
Meanwhile, Ojoge-Daniel, the Public Relations Officer of
DAMJAY Group of companies had at a press conference on Tuesday alleged that Sunday Adeyemo Igboho was after his life, while decrying the passiveness and weakness of the police in upholding its civil duty of ensuring law and order over the activity of thugs on the company’s rightful property located at Akala road.
Ojoge-Daniel claimed that the company was aggrieved over a property it purchased in May 2018 as Sunday Igbhoho has made it difficult for the company to proceed with construction on the landed property.
According to Ojoge-Daniel, Igboho who has no relevant document claims to own the property has been ordering his thugs to ensure that no progress was made in constructing the filing station on the disputed land.
Ojoge-Daniel alleged that “the company’s workers have been facing serious “confrontations from Sunday Adeyemo Igboho’s thugs. The workers have their instruments seized and suffered physical assaults.”
He explained that his company carried out proper investigations before purchasing the property to ensure a legal ground to which it has the necessary documents which affirms its right and full ownership of the property.
Ojoge-Daniel said attempts to arrest Igboho has been futile as the latter has proven to be above the law while the police treats him with much reverence and becomes frightened at the sight of his thugs.
He alleged further: “He has been beating our workers. Eight policemen were deployed to the site and thugs beat them up.
“The Area command sent about 50 policemen, mobilized about 12 patrol vans, fully packed. Igboho just made a call to the CP, when he got to the scene, his boys started beating everybody. The police bolted away. He humiliated the police,” Ojoge-Daniel alleged further.
Ojoge-Daniel however confirned that Sunday Adeyemo Igboho paid N19million on the said property but didn’t complete payment before DAMJAY Group of companies
made full payment and attempts were made by the former owner to return Igboho’s part payment which he refused.