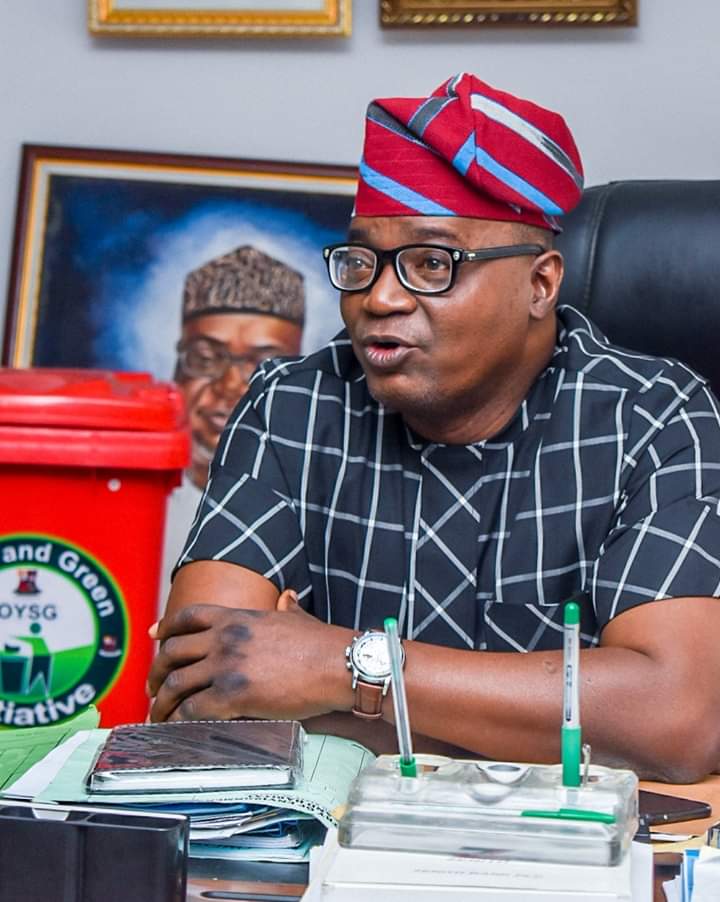 The news of sudden death of Honourable Kehinde Olatunji Ayoola came to the entire cabinet of the Oyo State Government and the good people of the state with a rude shock early hours of Thursday, May 14. I wept profusely like a baby when family source broke this sad news to me. It was so shocking that I could not control my emotion to have suddenly lost a highly cerebral, versatile, and patriotic citizen at his prime age.

Given his pedigree and current position as the Commissioner for Environment and Natural Resources, the office occupied by him since 18th September 2019, his death remains a colossal loss and inescapable reality to family, friends, and the good people of Oyo State. Out of the entire cabinet members of Governor Seyi Makinde of Oyo State, Hon. Kehinde Ayoola, was not just cynosure of all eyes, but he was uniquely a major engine that drives the administration’s policy directives, programs, and strategic plans.

Hon. Kehinde Ayoola was not a political upstart, he has been into political activism since the 1980s before he joined active politics in 1999 when he contested and won election into membership of Oyo State House of Assembly. When the House was inaugurated, Hon. Ayoola served as the first speaker of the Oyo State House of Assembly during that political dispensation. Our path crossed for the first time when we both served on the think tank committee when Alhaji Yunus Akintunde, the former Commissioner for Works and Transport was contesting for Chairmanship election under Zero party system in 1993.

We became intimate friends since he joined on our political group, Action 99, the platform on which he rode to secure ticket under the Alliance For Democracy (AD) when he was contesting for membership of the Oyo State House of Assembly. It is not an overstatement that late Kehinde Ayoola was a rare gem. Right from his secondary school days at the Olivet Baptist High School, (1977-1982), Great Zuma, as he was fondly called by mates in secondary school was a genius based on any definition of the word genius apart from his rare oratory skill. His Excellency, Governor Seyi Makinde confirmed in his tribute that “Kehinde Ayoola was a loyal friend with a dedication to duty that cannot be questioned. In his own exact words, Engr. Seyi Makinde declared that the deceased will call sorely missed for his great oratory skills and his love for the people of Oyo town and Oyo state”.

For whoever is familiar with his academic records when he was in the secondary school would not be surprised by his excellent rhetorical communication skills. Throughout his days in Secondary school, he received the best performance prizes in English Language and Literature in English despite the fact that he was in science class.

For the purpose of insight, Hon. Kehinde Ayoola was born at Apaara Compound, Oyo East Local Government Area of Oyo State on January 14, 1965. He attended the University of Nigeria, Nsukka(15th October 1983-17th November 1984). He left Nsukka for Obafemi Awolowo University, Ile Ife, where he studied Animal Science (1984-1989) and graduated with second class honors. He also pursued his master’s degree in Obafemi Awolowo University, Ile Ife, and specialized in Environmental Control and Management at the University’s Institute of Ecology and Environmental Studies.

Before he got the state appointment, Hon. Ayoola has been a great entrepreneur. He was the former Chief Executive Officer, Aurum National Resources Ltd Ibadan and he was the Managing Director, Friendsphere Agro-Environmental Ltd.

When he was in the University, he was an athlete and commander of the Man ‘O War. His antecedent as a political strategist and tactician was attested to by Governor Seyi Makinde in his tribute where-in it was stated that Kehinde Ayoola got connected to him in 2002 when they both served as members of the Fortune Group for the election of Senator Rasheed Ladoja. He also served as the Director-General for his 2015 campaign and Deputy Director for his 2019 campaign. Of course, he was once served as the National Financial Secretary, Social Democratic Party(SDP) before he defected to his current party, People’s Democratic Party (PDP).

One aspect of Ayoola’s life is that he was a prolific writer and this has really contributed to his large following on social media particularly Facebook. If not for his sudden death, he was planning to complete and do a public presentation of the two books, he was working on. One is more or less a story book and in writing the book, he tilts towards a genre called ‘faction'(a mixture of facts and fiction). The other manuscript he was working on which his sudden death could not allow him to complete is semi-autobiography as described by him.

Late Ayoola was a full member of several professional bodies and affiliate members, the Association of Environmental Impact Assessment of Nigeria (AEIAN).

In terms of social life, Hon. Ayoola was a lifelong supporter of the 3CE Football Club of Ibadan and was equally an ardent fan of the Arsenal Football Club of England. Apart from his attribute of intellection, he was a pastor at the New Covenant Church, Apata, Ibadan.

He got married to Olukemi an Associate Professor of Agronomy at Obafemi Awolowo University, Ile Ife, Ayoola on September 21, 1996 and the family is blessed with two children. May his gentle soul rest in perfect peace.