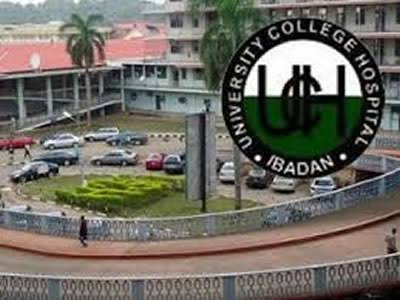 The University College Hospital (UCH), screens 30 new cases of Hepatitis B on a weekly basis, a consultant gastroenterologist, Dr Kolawole Akande has revealed.

Akande of  the Department of Medicine, UCH, Ibadan made the disclosure during a Hepatitis screening and public sensitisation exercise held on Sunday as part of activities to mark the 2019 World Hepatitis Day.

The theme is a three-year global awareness-raising and advocacy campaign aimed at tackling the main barriers to diagnosis by putting civil society organisations and the affected community at the heart of the solution.

Akande who is a member of the Society for Gastroenterology and Hepatology in Nigeria (SOGHIN), described Hepatitis B as a silent killer with infected people being unaware unless symptoms arise or discovered through blood test.

“The World Hepatitis Day has been on for quite some time and the responses and awareness have increased.

“We need to scale-up screening and diagnosis to reduce the number of people who only discover they live with the viral disease until it is too late and complications like liver cancer and eventual death occur.

According to him Hepatitis B and C viruses are vaccine preventable.

“Hepatitis C is actually curable and the drugs are available and not expensive while complications in Hepatitis B can be prevented with early diagnosis and treatment.

“This is why we are advocating and encouraging for voluntary screening and increased awareness,” he said.

Akande said that there are five types of Hepatitis namely A, B, C, D and E.

“Hepatitis A and E are water borne and spread through contaminated water, food vegetables and unhygienic practices.

“Hepatitis B and C are blood borne; this undiagnosed and untreated viral diseases can result in serious complications that can lead to eventual death,” he said.

“If an HIV virus drops and there is no fluid to thrive, the virus dies and is not transmitted, however if Hepatitis B virus drops it can still be transmitted even after the blood dries.

“Hepatitis B has become worrisome because of the increase in number of infected people and low level of awareness unlike HIV,” she said.

According to her Hepatitis can be transmitted through local circumcision, incision, tatoo and body piercing, sexual intercourse, unsafe injection use and sharing of needles, clippers and razors.

“Hepatitis is a silent killer that can live in the body for decades without any symptoms.

“When symptoms finally appear, they signal that the liver itself has been affected, making treatment difficult and could result in liver cirrhosis or cancer and death.

“This is the reason why it is important to go for screening and know your status, it is vaccine preventable and if a person is infected he or she can be treated,” she said.

No fewer than 1000 people benefited from the free Hepatitis screening exercise held by the association in the Ologuneru community of Ibadan.

26 Months After, Why We Reconcile With Olubadan – Balogun